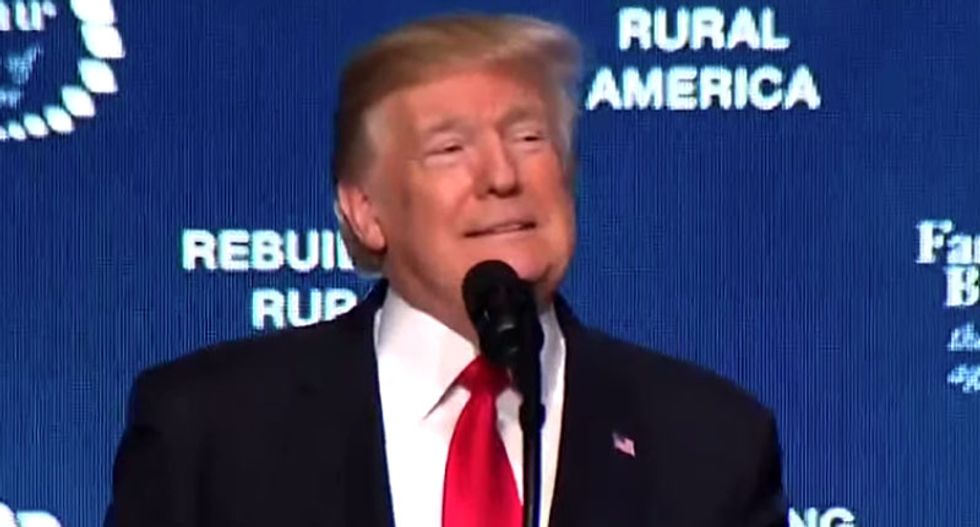 President Donald Trump likes to brag about having gone to the Wharton School of Finance, a school known for their elite MBA program. As it turns out, however, Trump never got an MBA from the school.

In April 2016, while Trump was still duking it out for the Republican nomination, the Associated Press reported on Trump's "complicated relationship" with Wharton. Though he regularly brought up the school, which is part of the University of Pennsylvania, Trump never received his master's degree from Wharton School of business. In fact, his undergraduate degree isn't even in business--it's a bachelor of science in economics.

Earlier this week, Vanity Fair's Kurt Eichenwald resurrected Trump's Wharton deception when the president slipped up and said "I went to the best colleges, or college."

As Eichenwald pointed out on Twitter, Trump did indeed go to the famed institution, but only after transferring there from Fordham University, located in New York City. He "never made dean's list," though he claims to have graduated first in his class.

Wharton's graduate business program is "the most highly respected" in the US, and mentions of "Wharton" typically denote that program. Trump, Eichenwald said, "has been tricking people" into believing he has an MBA from the revered school.

"Trump has no MBA," Eichenwald tweeted. "He can't read a balance sheet."

Check out the thread below.