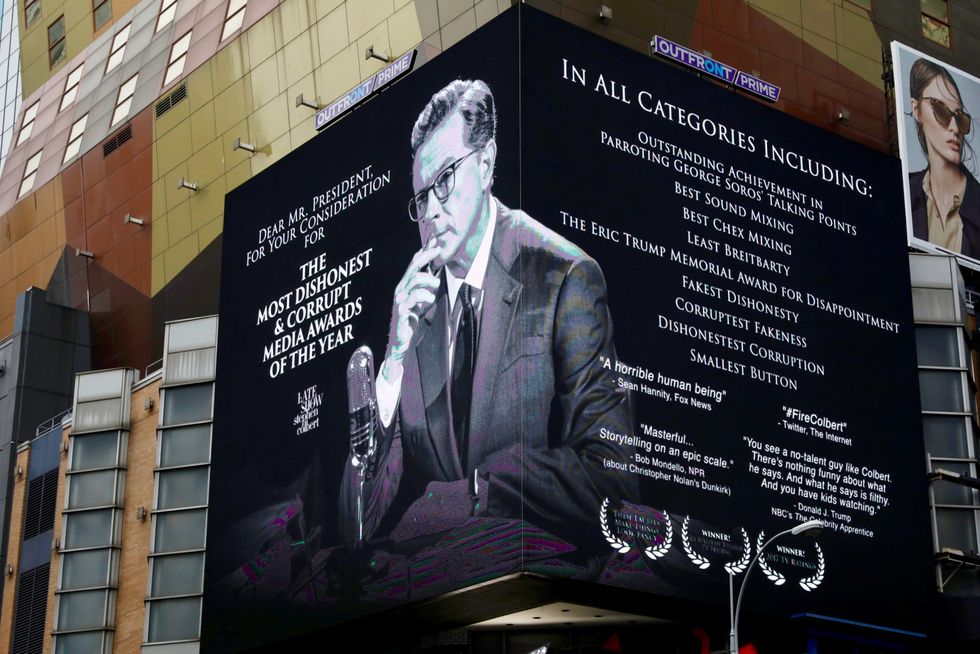 Far from silencing these critics, U.S. President Donald Trump's announcement that he would hand out awards for what he calls "fake news" has fired up comics and media commentators - and has them competing for a "prize."

Trump, who has frequently criticized the press, calling them "the enemy of the people," often uses the term "fake news" to cast doubt on reports critical of him or his administration, many times without presenting evidence to support his case.

Trump on Jan. 2 tweeted that he planned to announce "THE MOST DISHONEST & CORRUPT MEDIA AWARDS OF THE YEAR" six days later. He then postponed the event until Jan. 17, saying on Twitter, "The interest in, and importance of, these awards is far greater than anyone could have anticipated!"

A day ahead, White House spokeswoman Sarah Sanders, responding on Tuesday to a reporter's question at a news briefing, said on she had no details on what she called a "potential event."

Late-night TV hosts, who have mocked Trump since his 2016 election win, swiftly dubbed the awards "The Fakeys" or "The Trumpies."

Colbert, host of "The Late Show" on CBS, is campaigning for "Fakest Dishonesty," "Dishonestest Corruption" and "Smallest Button" among several other made-up categories.

In the spirit of Hollywood's movie awards season now underway, "The Daily Show" on Comedy Central took out a spoof full-page "for your consideration" ad in the New York Times, touting the program's qualifications.

In a tongue-in-cheek war of insults, "The Daily Show" has also run videos asking whether Colbert and comic Samantha Bee of "Full Frontal" on TBS "can really be mistrusted," and proclaiming the satirical show's South African-born host, Trevor Noah, "literally un-American."

Trump's announcement followed nearly a year in which, according to a Washington Post analysis, Trump made some 2,000 false or misleading statements in his first 12 months in office.

The term "fake news" was originally coined to describe false reports, often spread through social media and sometimes aimed at supporting or hurting a political figure.

Facebook and Twitter have said they have found tens of thousands of posts or accounts linked to Russian-based operatives, many of them spreading misinformation in the months before and after the 2016 election.