‘The White House lawyer needs to get a lawyer’: Maddow lays out the shocking conflicts of interest in Trump-Russia probe 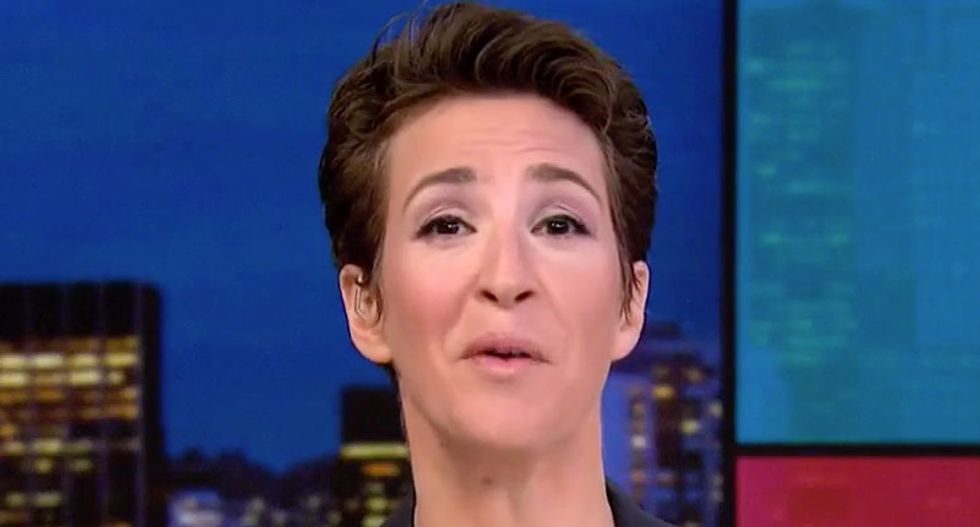 "It ended up not just being a weird thing but being really important today in terms of what has just happened in the biggest scandal involving this presidency," Maddow explained. "I finished the show last night exclaiming over the weirdness of this fact, today we figured out something that is not weird about it and what is really important about it."

"It's plainly notable when the White House lawyer has to get a lawyer," Maddow noted. "Them sharing a lawyer was already notable before we learned this past week that the same lawyer representing both now also represents a third figure in the investigation, Steve Bannon, the former White House chief strategist, the man who ran the Donald Trump campaign after Paul Manafort was fired and Corey Lewandowski was fired."

"From the outside looking in, it would seem rationally that there might be a conflict there, for the same lawyer to represent multiple people who represent different interests in this investigation," Maddow suggested.