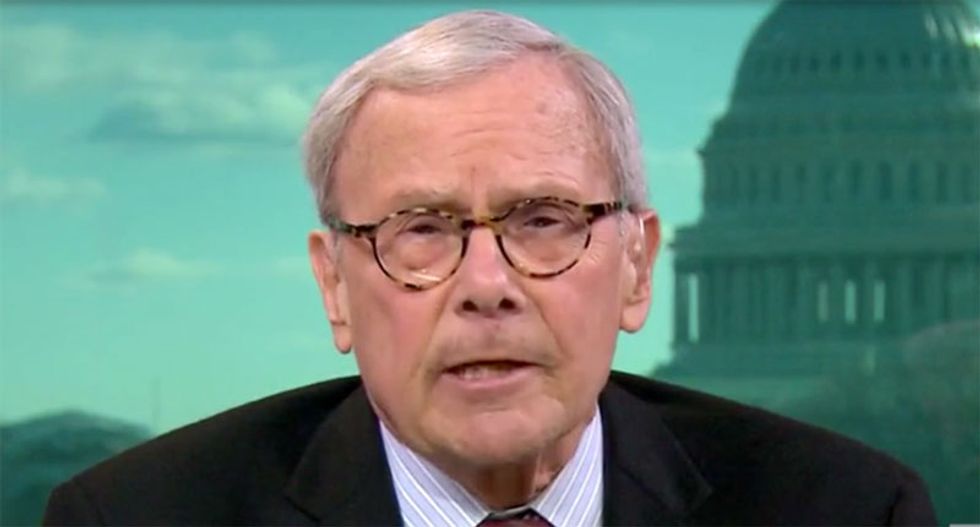 Journalist Tom Brokaw, who covered the Watergate scandal as White House correspondent for NBC News, explained his change in thoughts on the similarities be that scandal and the Russian investigation of President Donald Trump.

"And all these years later, the headlines are eerily similar. The appointment of a special prosecutor -- special counsel, in this case -- officials forced out of their posts, charges filed against those close to the president," Tur said.

"So are we on a slow roll toward another Saturday Night Massacre, when the president ordered the special prosecutor fired and the top two officials at the Justice Department quit rather than carry out the order?" Tur asked.

"As this has gone on, you have been pretty reluctant to say that this was at all similar to Watergate," Tur noted. "And then this morning, we heard you kind of change your tune, saying there's a whiff of the tactics that we saw during the days of Watergate."

"Tell me why you feel there's been a shift," Tur said.

"Well, first of all, it's an answer to your first question, after the last two years, the last thing I want to try to do is predict what Donald Trump is likely to do," Brokaw said. "That's the first thing, I want to go on the record saying that."

"Secondly, I have really resisted comparing what's been going on with Watergate," Brokaw said.

"I thought Watergate was unique, it was historic, there was a criminal procedure, a criminal system going, operated out of the White House," Brokaw explained. "The president's aides went to jail, they just didn't get interviewed, and the whole country understood at the end what was going on."

"Now, the atmospherics are very much like they were at that time," Brokaw noted.

"Here's most important thing about Donald Trump as the president: he believes everybody in the country works for him," Brokaw observed.

"He believes everybody in the government works for him in some fashion. He didn't have a board of directors when he was running his Trump Enterprises in New York, he got away with what he wanted to, which included not paying a lot of bills and other things," Brokaw explained. "Whatever he wanted to do, he got away with it."

"Now he can't believe that the Justice Department is not under his thumb in some fashion, and I think that that's having a big impact in how he conducts himself," Brokaw concluded.