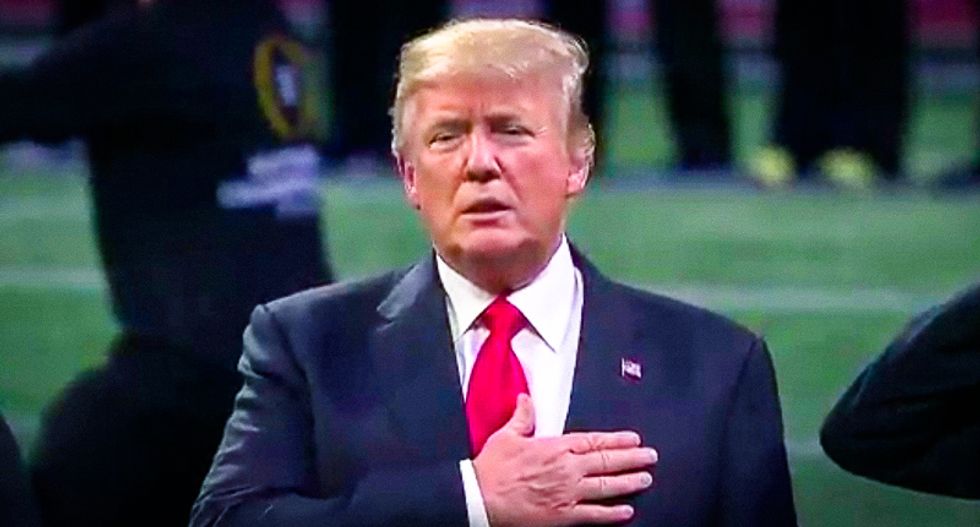 In an interview with the Wall Street Journal, President Donald Trump said a former member of special counsel Robert Mueller's team who was found to have sent text messages critical of him was guilty of treason.

The remarks were mentioned in a short paragraph about FBI agent Peter Strzok whose texts about Trump, according to the president, "amounted to treason."

Mueller dismissed Strzok from the team investigating Trump's campaign after discovering he had exchanged negative texts about the prospect of a Trump presidency with FBI lawyer Lisa page. When those texts were revealed to the public late last year, they became a major GOP talking point that "proved" bias against Trump within the bureau, leading to a new congressional probe into whether Page and Strzok were "leaking" to the press.