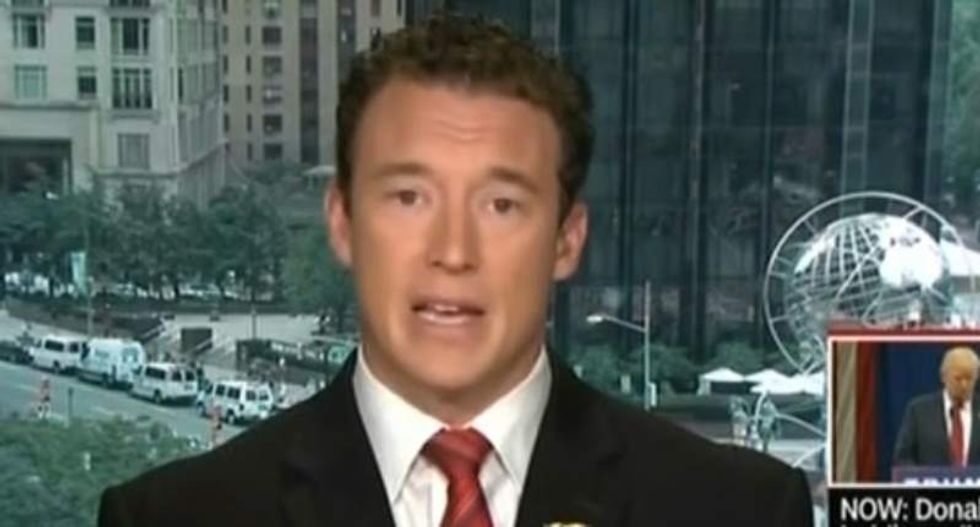 Carl Higbie, Donald Trump’s pick as chief of external affairs at the Corporation for National and Community Service, resigned Thursday after CNN reported he made a slew of racist, sexist and xenophobic statements.

Higbie, a staunch Trump supporter, made the comments as host of the internet radio program "Sound of Freedom.” During one December 2013 show, Higbie accused “the black race” of “lax morality.”

"Only one person was actually cordial to me," Higbie said, as CNN’s KFile reports. "Every other black person was rude. They wanted me to either load the wood, completely split it for them or some sort of you know assistance in labor. Now, mind you the ad was for free firewood, come take it all you want. And I believe that this translates directly into the culture that is breeding this welfare and the high percentage of people on welfare in the black race. It's a lax of morality."

On his radio show, Higbie also disparaged Muslims, insisting he doesn't like people who practice the religion “because their ideology sucks.”

He similarly targeted female Democratic leaders, soldiers suffering from PTSD and gay people and one advocated for shooting undocumented immigrations.

In a statement, CNCS spokesperson Samantha Jo Garfield said Higbie has stepped down from his position with the department.

"Effective immediately, Carl Higbie has resigned as Chief of External Affairs at CNCS," she said.

Listen below, via CNN's KFile: