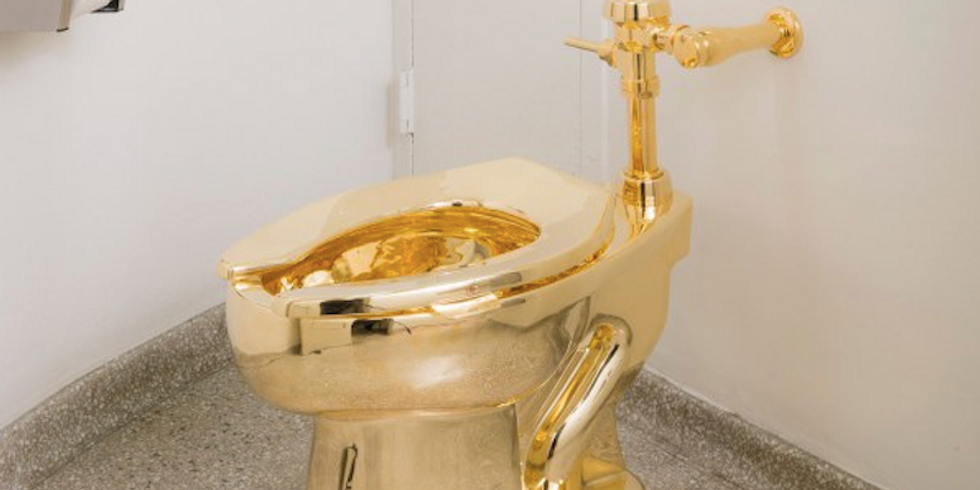 President Donald Trump and First Lady Melania Trump asked the Guggenheim Museum to loan them a Van Gogh painting for the White House residence, said the Washington Post on Thursday.

However, the museum offered the first couple a consolation prize: A solid gold toilet called "America."

In an email, museum curator Nancy Spector said the Guggenheim could not accommodate the White House's request.

"The curator’s alternative: an 18-karat, fully functioning, solid gold toilet - an interactive work entitled 'America' that critics have described as pointed satire aimed at the excess of wealth in this country," said the Post.

"America" was installed for public use at the Guggenheim for a year, but that exhibit has closed and the toilet is now available, Spector said, and artist Maurizio Cattelan said he would be more than willing to offer the sculpture to the Trumps as a "long-term loan."

“It is, of course, extremely valuable and somewhat fragile, but we would provide all the instructions for its installation and care," she wrote.