Trump made 'a rare admission' of regret after ordering Spicer to defend his inauguration crowd size: Fox News reporter 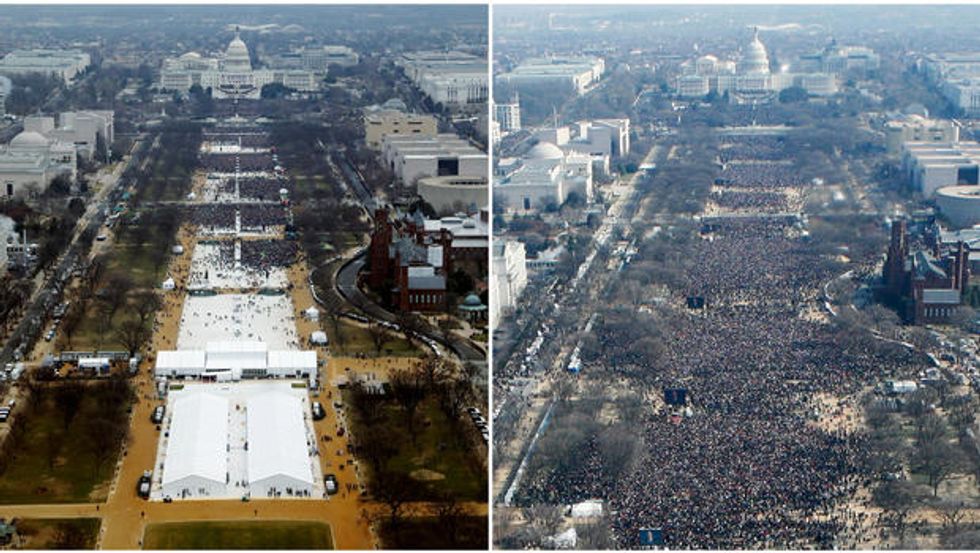 Trump made "a rare admission” after sending Spicer to spar with the media over the size of the president’s inauguration. Kurtz wrote about Trump’s regret in his new book “Media Madness: Donald Trump, The Press, And The War Over The Truth," according to an excerpt in the Washington Post.

As Kurtz reports, counselor to the president Kellyanne Conway tried to talk the president out of sending Spicer to defend his inauguration crowd size, telling him, “You’re really big. That’s really small.” But her effort was to no avail; Trump would later send out Spicer to convince the media the 45 president’s was “the largest audience to ever witness an inauguration, period.” Spicer was widely-mocked for his assertion, and later expressed regret about the incident.

As Kurtz reports, Trump eventually told aides, “You were right. I shouldn’t have done that.”