US ends protected status for 200,000 Salvadorans 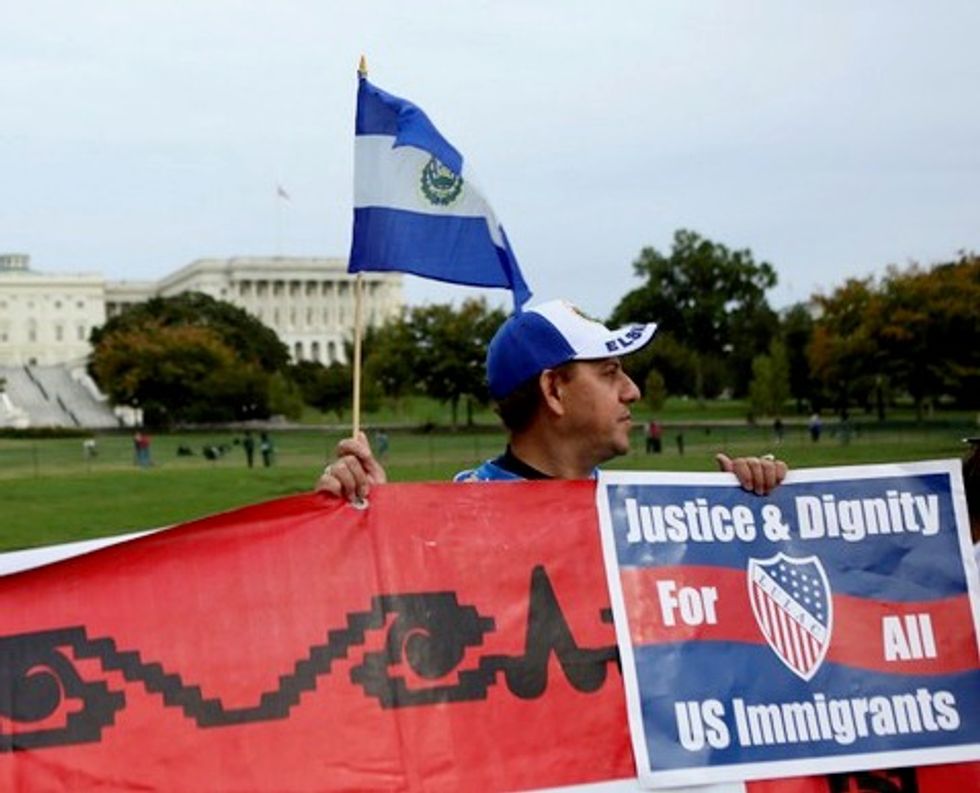 FILE PHOTO: A Salvadoran man holds his nation's flag and a sign during a protest rally for immigrants rights on Capitol Hill in Washington, DC, U.S., October 8, 2013. REUTERS/Gary Cameron/File Photo

Around 200,000 Salvadorans allowed to live in the United States since 2001 after earthquakes in El Salvador must leave the country in 2019, U.S. officials said on Monday, marking the Trump administration's latest move to tighten immigration law enforcement.

Termination of the Salvadorans' temporary protected status (TPS) will take effect Sept. 9, 2019, to give them time to leave or seek lawful residency, and for El Salvador to prepare for their return, officials said.

The decision to end TPS for Salvadorans is part of the administration's broader push to deport immigrants who are in the United States illegally. The decision was heavily criticized by immigrant advocates who said it ignored violence in El Salvador, which has one of the world's highest murder rates.

Taken together, the decisions by the Trump administration mean approximately 250,000 people who previously had permission to live and work in the United States will, over the course of the next two years, lose those protections and be open to deportation if they choose to stay in the country.

Salvadorans are the largest group by far with temporary protected status. An estimated 200,000 Salvadoran immigrants have the protection, according to a November report by the Congressional Research Service. That is more than three times the number of people in the next largest group with the status, Hondurans. Salvadorans were granted the protections after a pair of earthquakes in 2001 that killed more than 1,150 people between them and left hundreds of thousands homeless.

Critics have complained the TPS program allows participants to repeatedly extend their stays in 6-month to 18-month increments in case of a natural disaster, civil strife or other emergencies in their homelands.