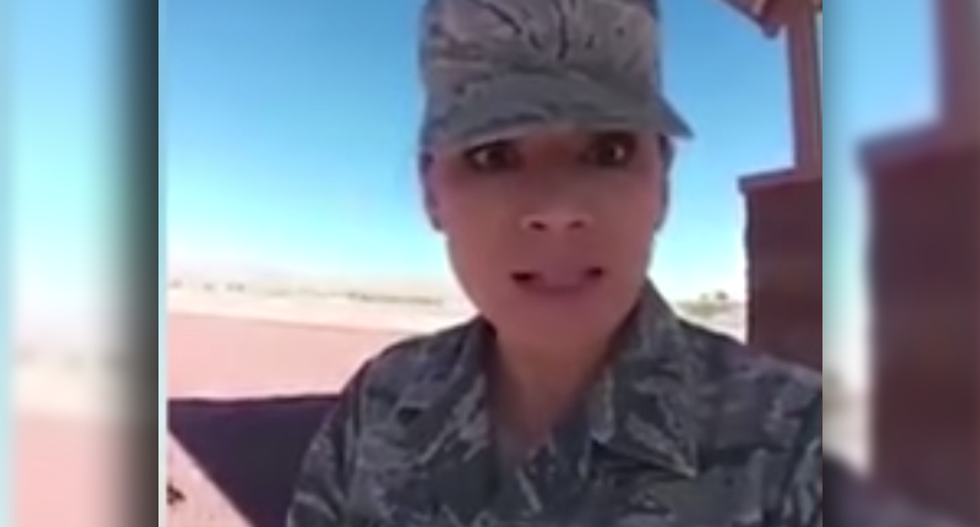 An Air Force sergeant went off in a racist rant to her black subordinates and the entire thing was caught on video.

Nellis Air Force technical sergeant Geraldine Lovely posted the video Sunday, according to the Daily Mail. She's in an undisclosed location complaining about the lack of respect she says she receives from the black women who report to her. She brought up the "angry black woman" trope to justify her commentary.

She went on to accuse her subordinates talk down to her.

"And I’m trying to tread lightly as a higher-ranking SEO not to blow the f**k up and start a fight club," she continued. "But why is that why is it every time I encounter my subordinates that are Black females, they have a giant f**king attitude? Every time, I talk to them it's like I’m just some stupid a** girl. What is that called? - like I don’t even deserve to be talked to as a person.”

The video disappeared after the backlash began, but not before it was downloaded and shared on other Facebook pages and YouTube. At the time of deletion it had over 1.2 million views.

She has temporarily been removed pending an investigation.

“While the actions of this individual are inappropriate and unacceptable, we are using this unfortunate situation to continue a dialogue with our Airmen about the topic of good order and discipline, as well as adherence to the Air Force Core Values,” Air Force authorities said in a statement.