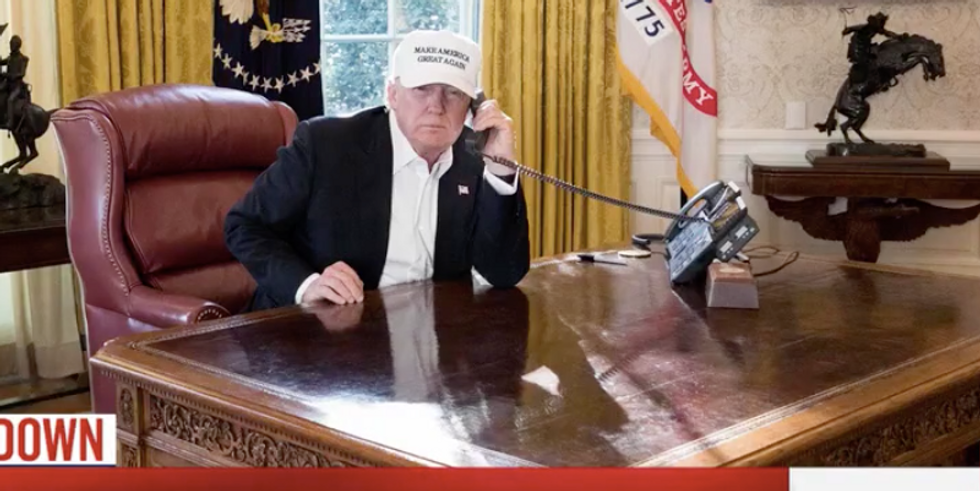 On Saturday afternoon, President Donald Trump's White House released a photo of the president seated in the Oval Office in a white "Make America Great Again" hat and pretending to talk on the phone.

The picture was intended to be evidence that Trump is working on the shutdown and not just enjoying some unsupervised "executive time" to watch TV and tweet.

Twitter users mocked the photo, writing, "I too conduct most of my most important work with a phone in my hand and nothing on my desk, while staring vacantly off into space."

"These photos were not taken by independent photo journalists," said MSNBC's reporter Geoff Bennett, adding that White House reporters weren't allowed to take or view the photos of the president.

"I wish my desk looked as clean as the president's desk does right now," said anchor Ali Velshi as the chyron said Trump was "working" in quotes.