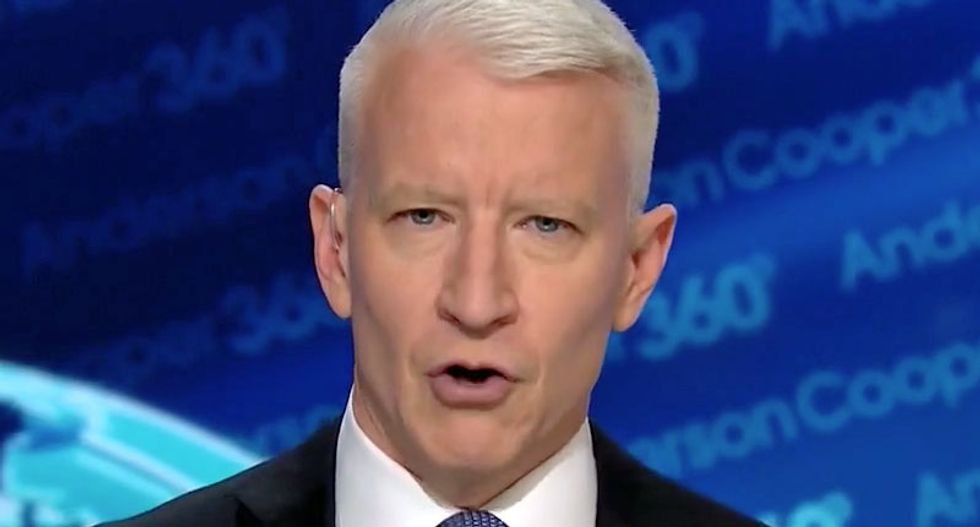 CNN anchor Anderson Cooper delivered a powerful opening monologue on Friday in response to President Donald Trump's claims that he is the "least racist" person members of the press corps have ever interviewed.

"Good evening, we begin tonight on this Martin Luther King Jr. day with a claim by the President of the United States, a claim that he is not, in fact, a racist," Cooper noted, introducing a clip by Trump.

"It should be pointed out President Trump has had to make that claim on more than one day of his administration," Cooper noted.

"Keeping him honest, the president's racist remarks were confirmed by a Democrat and Republican senator who were at the meeting and now are substantially backed up by two more Republican colleagues," Cooper reminded. "A senior Republican source telling CNN that their defense seemed to hinge on hearing him say the word 'house' instead of 'hole' -- as in 'shithouse' countries, not 'shithole' countries, as if 'hole' were racist and somehow 'house' is not."

"How did the president honor Dr. King? Well, he got in a round of golf, it's the 95th day of his presidency spent at one of his golf courses," Cooper added.

At this point, Cooper replayed the clip of Trump denying his racism.

Cooper than listed all of the Civil Rights heroes who may have a greater claim to being the "least racist" person.

Even more powerful, Cooper compared Trump's claims against his own record of racist statements and scandals.