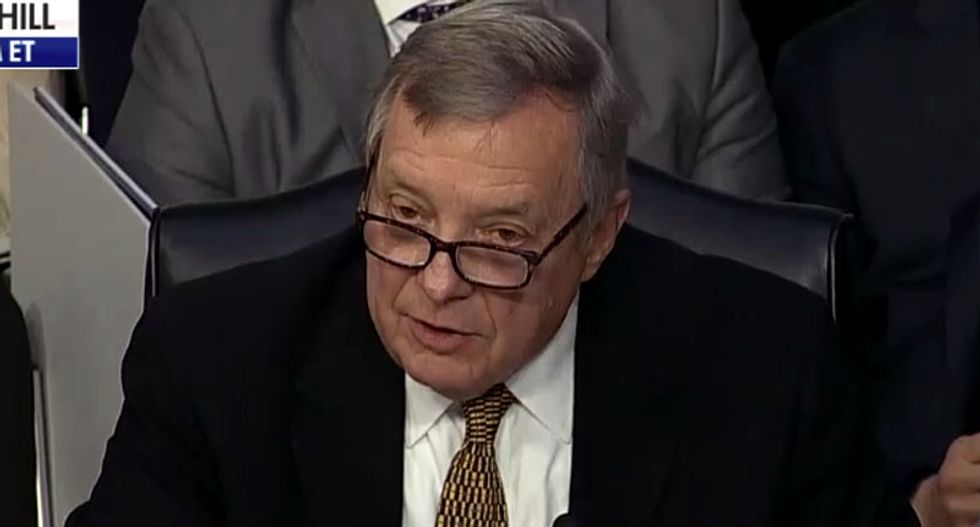 "Things were said at that meeting we have to address," Durbin said during a Senate Judiciary Committee hearing.

Durbin has accused Trump describing Haiti and African countries as "sh*tholes" during a White House meeting about immigration policy last week. Nielsen, who was also at the meeting, has said she didn't hear Trump use that language.

"How did he characterize those countries in Africa?" Durbin asked during the hearing.

"I don't specifically remember a categorization of countries in Africa," Nielsen replied. "I think what he was saying is, as far as best I could tell... let's move away from the countries and let's look at the individual."

"What was that language?" he asked.

Durbin said that Sen. Lindsey Graham (R-SC) had criticized Trump over his remarks about Africa.

"His 'strong words' repeated exactly the words used by the president, which you cannot remember," Durbin said.