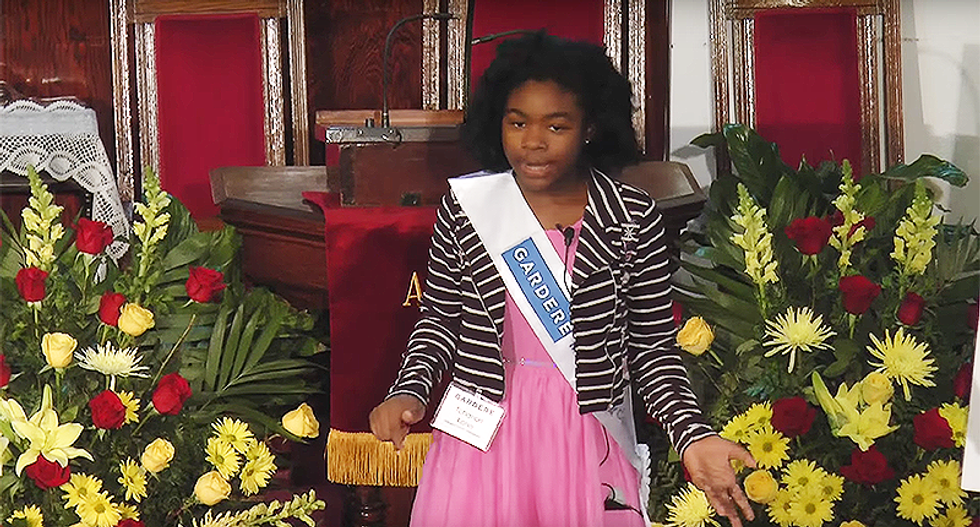 In a winning speech, Kone called on others to continue the fight for the ideals Dr. King dedicated his life, Good Morning America reported.

"The promise of Dr. King's dream, of improving the lives of the poor, and granting equal fair access to education and healthcare has not been fully realized," said the Houston student.

During the 22nd Annual Gardere MLK Jr. Oratory Competition, Kone explained that were King still alive today "he would be disappointed by our large homeless populations, our failing schools and struggling healthcare system."

Winning the competition "felt amazing," she said, but the student is also grateful for raising awareness about poverty and homelessness in her community.

"I was looking around in my community and I saw a lot of homeless people living in tents under the bridge and I looked on TV and I thought, ‘No one is really doing anything about this, wow,'" she said.

Her speech, titled "Making the Dream Come True," talks about her own dream for progress.

"My dream for today's world is to eliminate poverty and for every human being to have equal, fair access to education and healthcare," she said in her speech.

"I have a dream that from the sincere caring people here in America, there will arise some young people who are committed to helping their communities," she continued. "If we could convince these people to run for local, state, and even national offices, then we could vote for them, and have sympathetic people in power that can change things."