WATCH: Jake Tapper uses Republicans' own words to nail their silence on Trump's overt efforts to influence the FBI 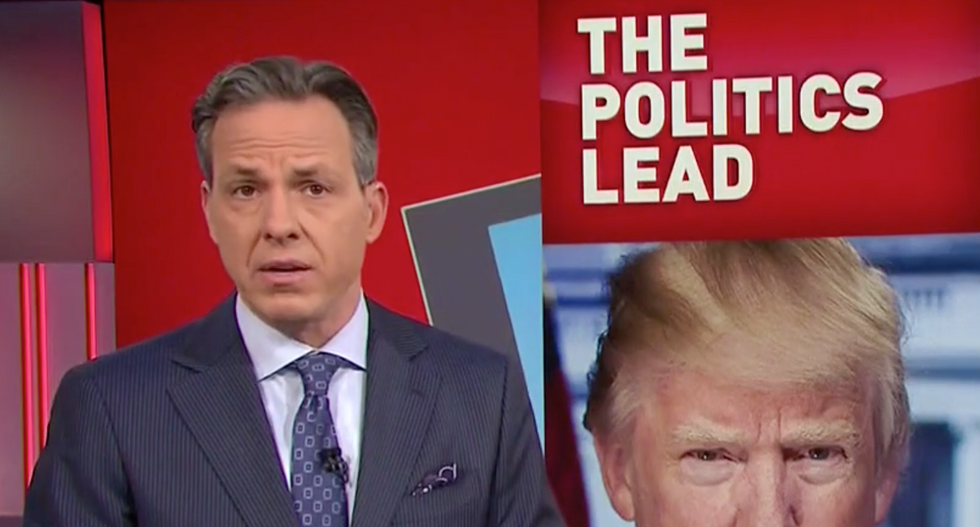 “Today marks the anniversary of an incredibly consequential day in American history, although we did not know it at the time,” Tapper began. “One year ago today, January 24th, 2017, Michael Flynn, president Trump's then-national security adviser, met with FBI investigators and, in meeting, lied to the FBI about his interactions with the Russian ambassador.”

Tapper explained that was “the first domino” in a “chain of events that continues to send dominos falling today.”

“Why was the president so focused on protecting Flynn?” Tapper asked.

“Loyalty to Donald Trump—not loyalty to the law or to the public or to the U.S. Constitution—loyalty to the president has emerged as a theme of this presidency,” Tapper continued, pointing out that Trump also reportedly asked former acting FBI director McCabe who he voted for.

Turning to Republican outrage over the “casual conversation” between former president Barack Obama’s attorney general Loretta Lynch and Clinton’s husband Bill Clinton, Tapper proceeded to nail the GOP for their changing goalposts for Republicans and Democrats.

“There should not be different sets of rules for different people,” Tapper said. “… Why is there now such silence when the president, according to sources close to Comey and McCabe, made what those two FBI officials thought were inappropriate comments in the midst of an investigation into the president's White House and the president's campaign team? If you only applied principles to your political points and never to yourself and your allies, then they're not principles. They're the lack thereof.”