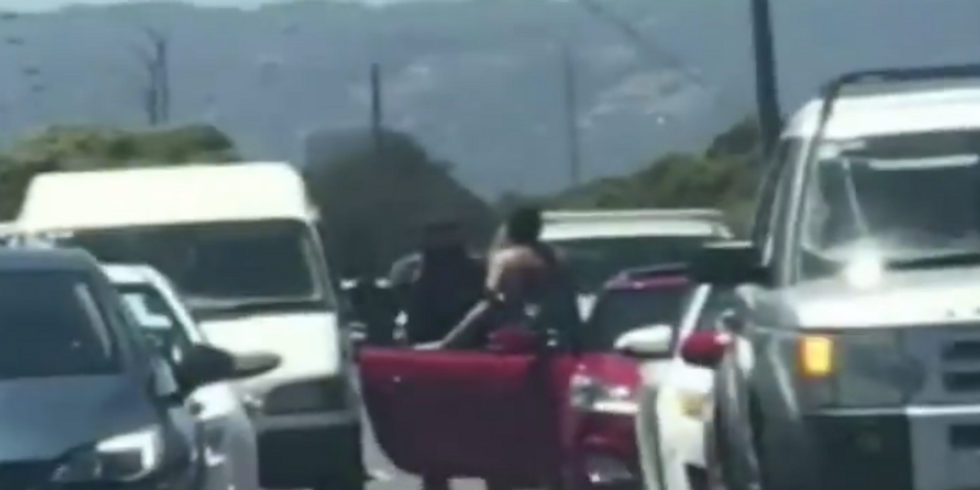 At least five people were caught on video in a horrifying road rage attack on Tuesday in which a man brutally attacked a woman in her vehicle.

It's not currently known what sparked the brawl, but video shows a woman being doused with water as she walks between cars stopped at a traffic light. She tried to take a photo of a van's license tag and was attacked by the driver of the vehicle.

Other drivers exited their vehicles and tried to intervene. Police have asked any witnesses to come forward.

Authorities say that the best way to protect yourself in a road rage incident is not to exit your vehicle and keep doors and windows closed and locked.

"Don't engage them in any form of conversation," said Richard Butler of Australia's Royal Automobile Association.

Adelaide is reporting an epidemic of road rage. A survey found that 88 percent of drivers in southern Australia have experienced some form of aggression from other drivers while on the road.