WATCH: Nicolle Wallace and Steve Schmidt rip Trump for engaging in 'digital McCarthyism' while 'the world is boiling' 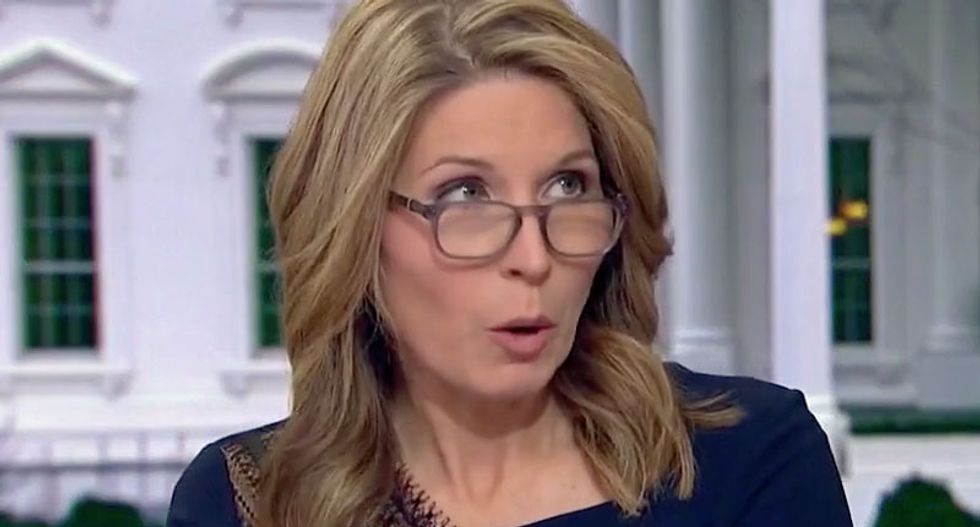 The rivalry and dysfunction inside Team Trump has always been Mueller's biggest asset. If they can't even maintain… https://t.co/MxjzQJN6SQ
— Matthew Miller (@Matthew Miller) 1515000156.0

"The difference in my mind is that nothing is sacred for this team. When you read through page after page of Michael Wolff's retelling, and even the note about how this book came to be, things that were shared off the record -- which is usually a tactic people like us, people like all of us deploy to sort of shed light -- it was weaponized," Wallace noted.

"This is still a team of people very much at war with one another," Wallace noted.

"Absolutely," Schmidt agreed. "Whether it's Omarosa, whether it's this newest feud in the reality TV show that's the West Wing of the White House."

"We see the utterly shambolic nature of Donald Trump's management style, the personalities of people who have positions of power around an office where life and death decisions are made," Schmidt explained.

"We have a situation where the president is engaged in digital McCarthyism with his implications of the intelligence community as part of some kind of conspiracy, the deep state. We have revolution on the streets in Iran, we have his nuclear blustering with regard to North Korea, his antagonism toward another nuclear power, Pakistan," Schmidt listed. "The world is boiling."

"The president continues his assault on fundamental institutions of the government and, of course, we're all distracted today by the never-ending soap opera of the quality of characters that surround this man in the Oval Office at a dangerous hour in the country," Schmidt worried.