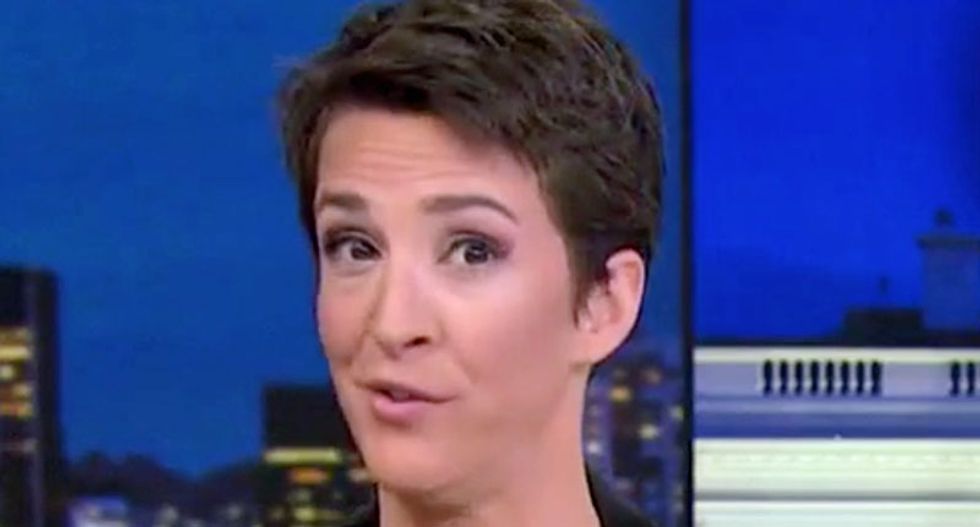 Maddow explained the significance of the visit through the element chromium.

"This is chromium, atomic number 24," Maddow noted at the beginning of her show. "You need chromium to make stainless steel, it's a useful, necessary thing in modern life. Mining and processing it, though, tend to be very, very toxic enterprises."

Maddow explained how during the break up of the Soviet Union, the Aktyubinsk Chromium Chemicals Plant (AZXS) made the workers of the plant employee-owners, until the workers were forced to sell their shares.

"The entity on the other end of that forced transaction, the entity to which they were forced to sell their shares, was like a random no-name company registered in the British Virgin Islands?" Maddow asked.

"When you look at the pictures of this bleak, land-locked central Asian toxic site producing chromium for the world, British Virgin Islands? Really?" Maddow asked again. "Nothing against the British Virgin Islands, but international companies will often headquarter themselves there in-name-only as a scheme to avoid taxes and stay anonymous."

"The people working at this chromium company were basically robbed of equity," Maddow concluded. "They used to be employee owners, they used to have shares. They work in dire toxic conditions and efforts have been made, through the banking system, to obscure who really owns that place, who is reaping the financial rewards from that giant now that the people that work there aren't."

"These guys were so corrupt they embarrassed the stock market," Maddow continued.

Maddow connected the dots by following the money to the new person in charge of the bank where evidence of impropriety may be retained.

"Specifically, the dictator of Kazakhstan put his son-in-law in control of that bank, which means if there is any problematic surviving evidence or participation in the big obvious money laundering schemes, if there is potential criminal liability for different dealings figures records of those transactions ... they would be in the office safe of the son-in-law of the dictator of Kazakhstan," Maddow observed.

"Guess who is coming to the White House tomorrow, invited to meet President Trump," Maddow asked, rhetorically. "The dictator of Kazakhstan."

"Really?" Maddow wondered. "Of all the dictators of the world..."