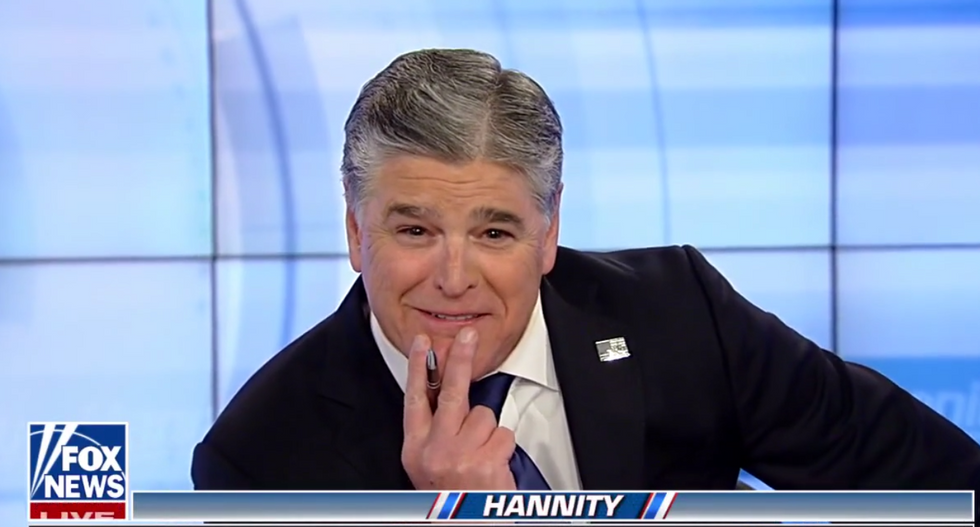 Fox News host Sean Hannity on Tuesday aired a pearl-clutching segment slamming CNN for featuring a New Years Eve special on marijuana, calling the network “the most trusted name in news” — “for potheads.”

Hannity expressed disbelief that the network even “took the opportunity to show their viewers (how few they are) some of the more unusual ways to smoke weed and get high.”

“Bong lessons? From the fake news cannabis news network?” Hannity asked. “Makes you wonder, by the way, how low, now I’ll say how high, CNN will go to try and boost their ratings.”

Later, speaking with Fox New’s Laura Ingraham, Hannity asked, “In all your years of media, did you ever light a bong for somebody in a report?”

“I actually didn’t, but I got to say that’s about the only way you’re going to get me to watch CNN, if you’re half of the bag,” Ingraham, replied. “That’s the only way to get through one of those broadcasts. I think it’s better to have them on the Canni-bus than to see Kathy Griffith flash Anderson Cooper.”

“You can’t make this crap up,” Hannity replied.