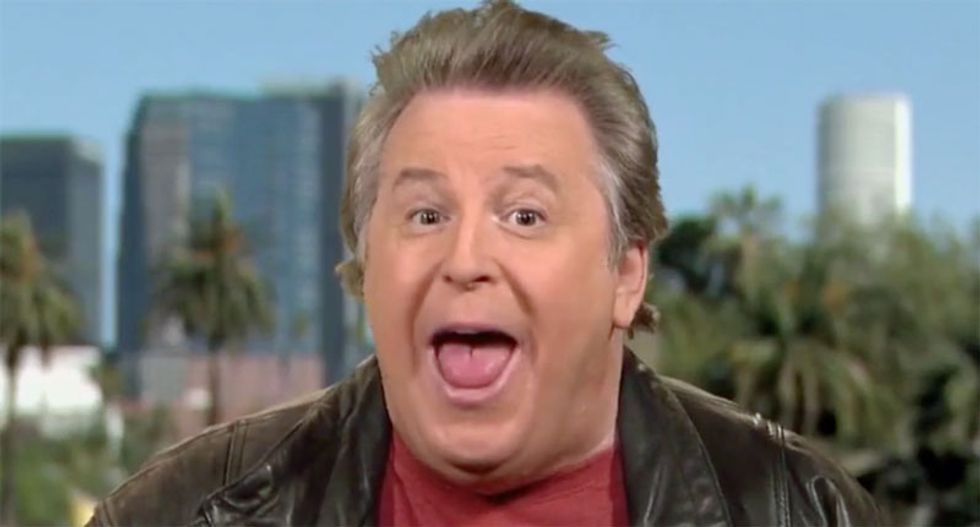 Humorist, producer and publicist Martin Lewis on 'AM Joy'

Anchor Joy Reid asked Lewis about the purported reasons for cancelling a planned trip to the United Kingdom, the second time Trump has cancelled a visit to America's close ally during his time as President of the United States.

"Is that why Trump cancelled?" Reid asked.

"Listen, first of all, I normally defer to President Trump on anything matters to do with real estate, after all, he had real estate companies that went bankrupt four times -- and in the 1970s the U.S. government charged his landlord companies with racial prejudice," Lewis replied.

"This is actually quite good news for the president, because the British equivalent of the Attorney General has the power to ban anybody who is considered an undesirable person," Lewis explained. "They have so far 1.9 million British people have signed a petition saying he's undesirable. Moreover, they just did a poll...and he got a record breaking 128% said he is undesirable."

Lewis did not anticipate Trump would ever visit the United Kingdom as president.

"And it worse that that...if you're a criminal in prison, you're not allowed to wear a wig, a hair plug or a weave. So no longer would Donald Trump be a bald-faced liar, he'd be a bald liar period," Lewis observed.

"I have to ask about Donald Trump's sh*thole countries comments," Reid acknowledged.

"I hate using the word sh*thole," Lewis replied. "Could we change it to Trumphole? I think that would be better."

Lewis also explained why Trump's comments about Africa were taken as an insult to Britain.

"The thing is, the African continent has 54 nations, 18 of which are part of the British Commonwealth, whose head is her majesty the queen. That royal wedding invitation, Donald, I'm not so sure you're going to get it," Lewis suggested.

Reason I canceled my trip to London is that I am not a big fan of the Obama Administration having sold perhaps the… https://t.co/9crSrOBXme
— Donald J. Trump (@Donald J. Trump)1515733077.0