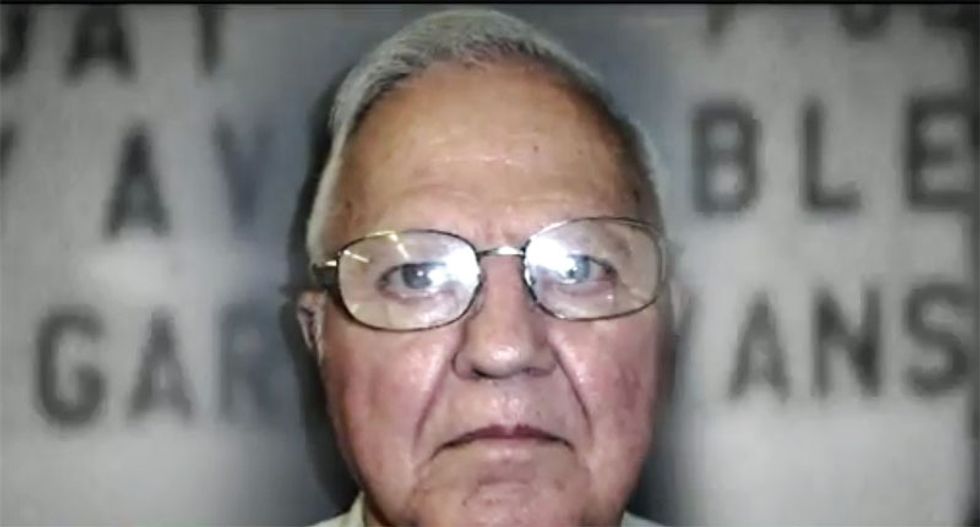 Garry Evans, 72, was taken into custody after a woman had to chase him off her property with a baseball bat, Fox 59 reported Wednesday.

Evans was arrested in October on five counts of child solicitation, four counts of sexual battery and three counts of child molestation after a 3-year-old girl told her mother he pulled down his pants and made her touch his penis.

All of the incidents reportedly occurred when Pastor Evans lured girls under the age of ten into his office with offers of candy.

One victim told police Pastor Evans just laughed when she told him, "No."

She said he touched her "nearly every time she went to church."

Rushville Police Chief Craig Tucker put out a public call to see if there were additional victims.

"If you have a child who has exhibited unusual behavior after being in the vicinity of the church or this pastor and you believe there has been something that has happened to this child that might indicate something inappropriate happened, we definitely want them to give us a call," Chief Tucker said.

After more victims did come forward, resulting additional charges of child molestation and child solicitation, Pastor Evans attempted suicide in early November. Police found him unresponsive, resuscitated him and he survived after being airlifted to IU Methodist Hospital in Indianapolis.

His wife, Gay Evans, 70, was also arrested for trespass in the latest incident. She was additionally charged with resisting law enforcement.

Evans had been the pastor at Rushville Baptist Temple for three decades. His jury trial on the molestation charges is scheduled for March 20, 2018.