'It's a yes or no question': Reporter grills Sarah Sanders over Trump asking FBI officials who they voted for 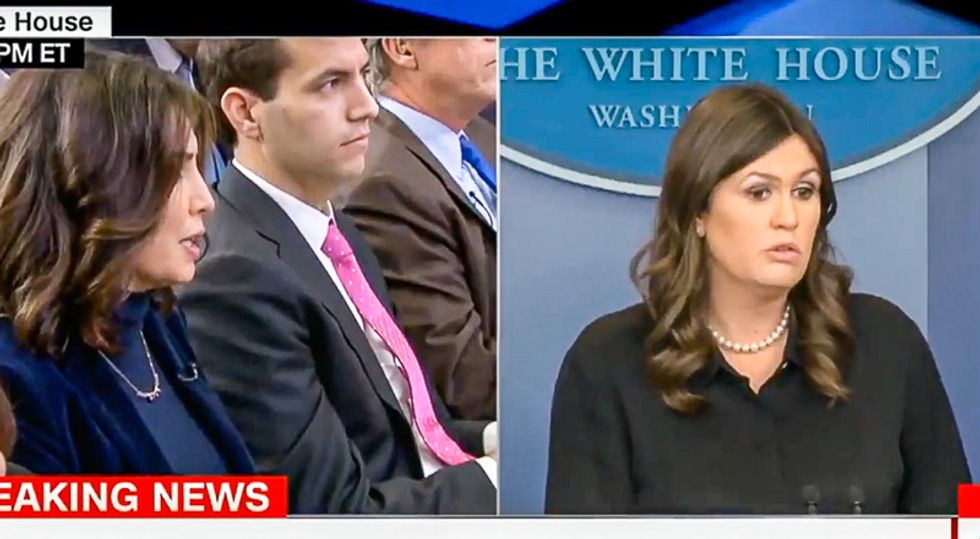 According to The Washington Post, Trump asked McCabe who he voted for in the 2016 presidential election. McCabe reportedly told the president that he did not vote. The president has also been accused of asking former FBI Director James Comey for a loyalty pledge.

At Wednesday's briefing CBS correspondent Cecilia Vega asked Sanders if Trump "made a habit" of asking officials how they voted.

"Not that I'm aware of," Sanders replied.

When Vega pressed about Trump's conversation with McCabe, Sanders did not deny that the president asked the acting FBI director how he voted.

"I can't get into the details of what was discussed, I wasn't there," Sanders stated.

Later in the briefing, the press secretary became visibly disturbed when reporters pressed her on the question.

"I very seriously doubt that any person in America would list that as an issue they care about," Sanders insisted.