'I was almost a school shooter': Following Parkland shooting a 'family man' confesses lack of access to guns stopped him 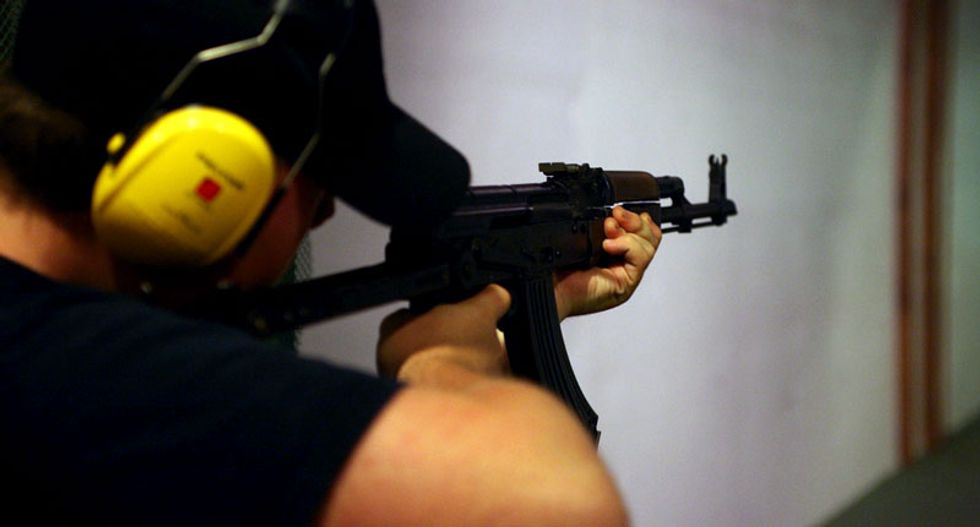 If there is a mental health issue underlying school shootings, it is love—or the lack thereof—says Aaron Stark, who this week wrote an open letter about how he "was almost a school shooter" in the mid-1990s. Instead, 25 years later, Stark says he is a "father and family man."

He says his inabily to access assault weapons made all the difference.

He was prompted to share his story after the Parkland, Florida shooting, in which an outcast 19-year-old former student of the school shot and killed 17 people.

Stark writes in his letter that, while he didn't "carry out anything" or "hurt anyone," he almost did—and likely would have, if he'd had access to a gun.

"[T]here is one thing that would have made it all different. One thing, that if it was in the equation, would have ended up in terror. I didn't have access to an assault rifle," Stark writes. "I was almost a school shooter."

On a Facebook video post by "Next with Kyle Clark," Stark reads his story aloud from a phone. Below the video is the caption: "America's sad history of school shootings does not include Denver's North High School in the mid-1990s, because the shooting never happened. This is an open letter, by Aaron Stark."

"A bigger issue was love. I had a severe lack of love, and I really think this kid did too....

"If you see someone who looks like they need love, give it to them. Even a small hug, a word, or a smile could actually save lives. Compassion is the only real way we can stop this. Love people even when they don't deserve it."