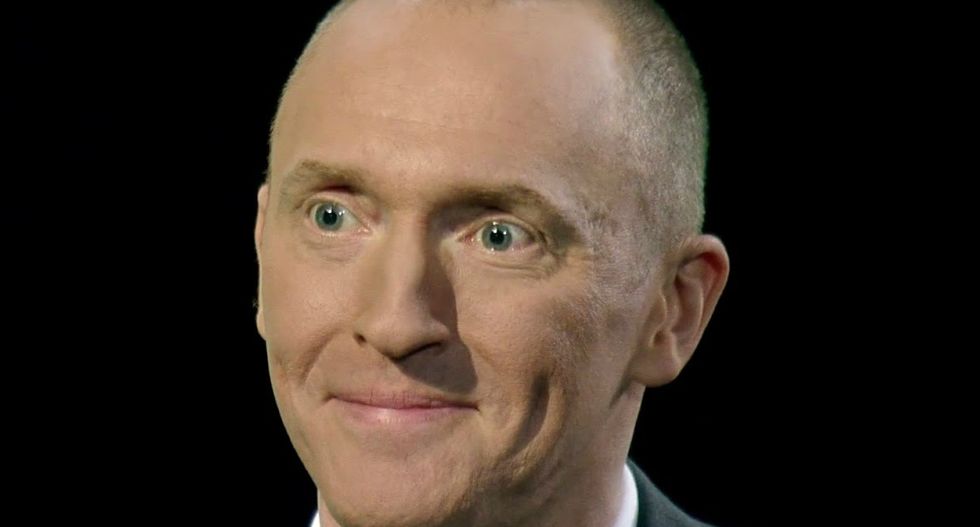 The former Trump campaign aide at the heart of the House GOP's memo controversy reportedly bragged about his contacts within the Russian government in a 2013 letter.

As Time reported Saturday, former senior Trump campaign policy adviser Carter Page told an academic press contact that he was an "informal adviser" to the Kremlin.

"Over the past half year, I have had the privilege to serve as an informal advisor to the staff of the Kremlin in preparation for their Presidency of the G-20 Summit next month, where energy issues will be a prominent point on the agenda," he wrote in the letter, dated August 25, 2013.

Page's admission in the letter, acquired by Time, disputes a key claim in House Intelligence Committee Chairman Devin Nunes' (R-CA) memo — that Page was unconstitutionally surveilled by the Justice Department and FBI. Republicans in favor of the memo argue that the controversial Fusion GPS dossier alleging ties between President Donald Trump and Russia was used as the primary factor in acquiring surveillance warrants for Page.

The memo itself, near the end, includes a note that a counterintelligence investigation was triggered not by Page, but by his fellow former campaign aide George Papadopoulos.