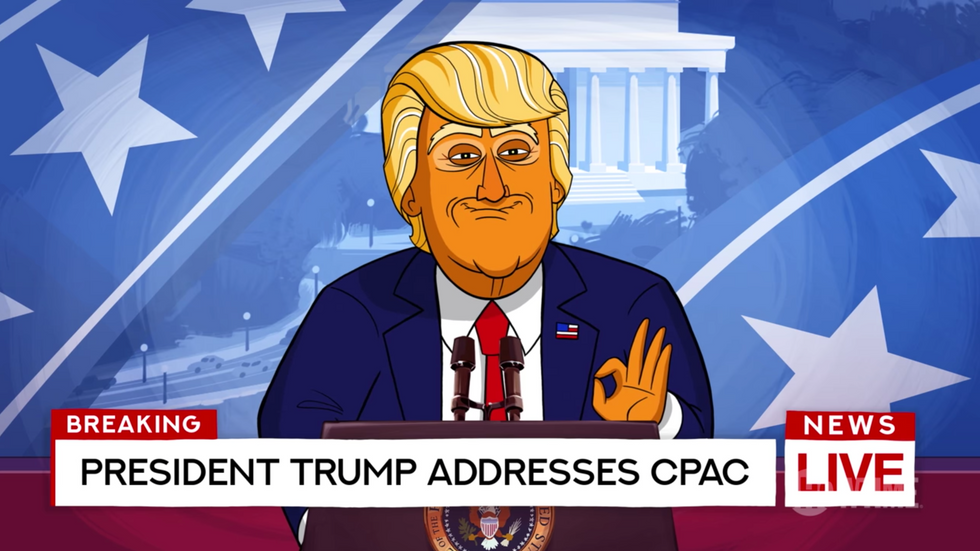 Stephen Colbert's Our Cartoon President Trump has released its own version of Trump's CPAC speech.

"Welcome to my endorsement club, Mitt. You're seated next to Roy Moore and his nieces," cartoon Trump says. ""As a Mormon, Mitt can't drink coffee. But apparently he can spit shine my nipples, all the way to the United States senate."

"I want to make sure that only stable-minded people can buy a gun that would have single-handedly brought the Roman Empire to its knees. [One guy at Mar-A-Lago] mentioned that Australia banned big guns and now it's overrun with scorpions and crocodiles."