Chris Rock: 'The cast of The Apprentice is running the world' 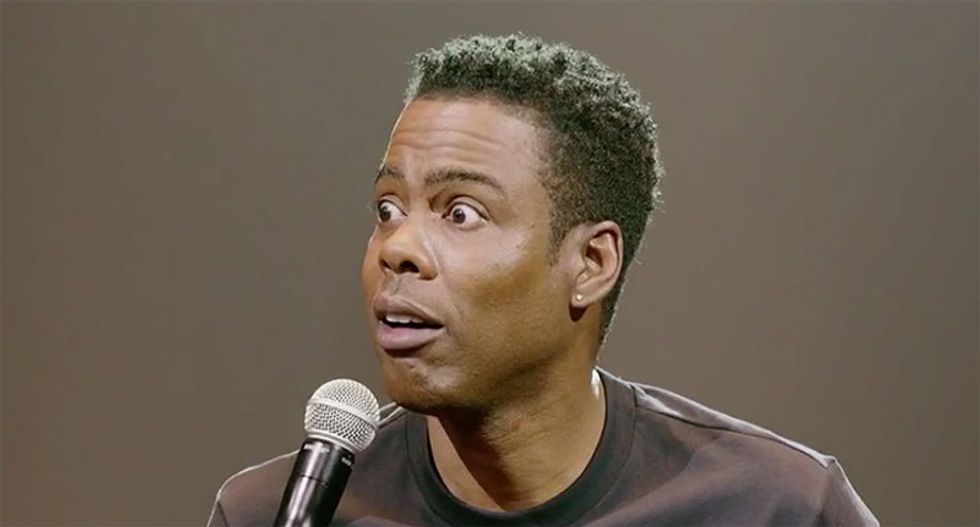 "A new message on the impact of Trump's presidency from a political expert, comedian Chris Rock in his new special talks about bullies and makes the argument that while bullying is bad, if as a culture nobody knows how to take on a bully, then bullies can win," Melber explained.

"We need f*cking bullies, that's how Trump became president," Rock said in his stand-up special, which was released Wednesday. "We got rid of bullies, a real bully showed up and nobody knew how to handle it."

"Sh*t, the cast of "The Apprentice" is running the world," Rock observed. "Trump, the daughter, Omarosa, they run the world, man. Oh, sh*t is crazy."

The comedian, however, has a controversial theory on how the Trump presidency will be remembered.