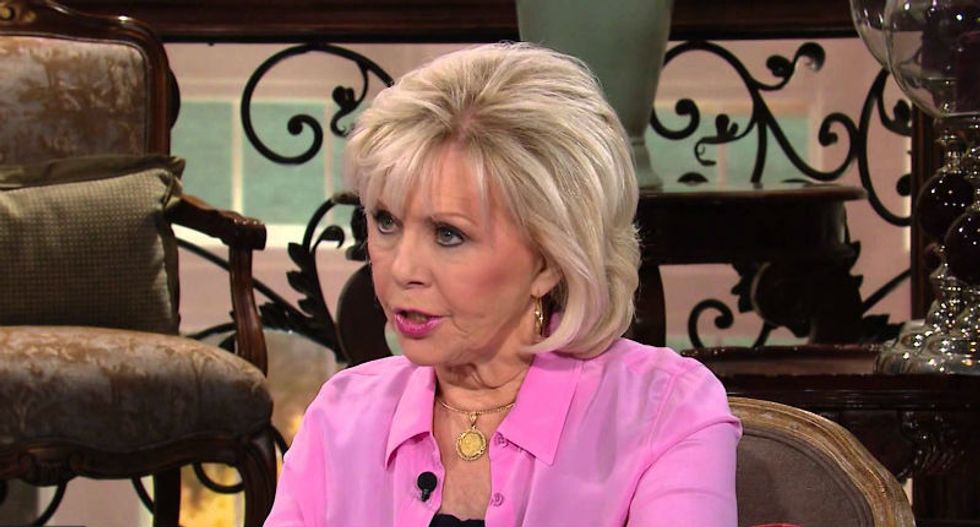 Faith healing hasn't worked out well in the past for Gloria Copeland, whose husband is one of the richest televangelists in the country, but she's nonetheless urging her followers against getting flu shots during the deadliest outbreak in recent history.

"Listen partners, we don’t have a flu season,” Copeland said. “And don’t receive it when somebody threatens you with, ‘Everybody is getting the flu.’ We’ve already had our shot, He bore our sicknesses and carried our diseases. That’s what we stand on."

As Patheos' Hemant Mehta noted on Thursday, Copeland's family megachurch, Eagle Mountain International Church, was the site of a 2013 measles outbreak. It got so bad that one of the church's pastors, the daughter of Copeland's husband Kenneth, urged patrons to get vaccinated despite her step-mother's faith-healing leanings.

"Some people think I am against immunizations, but that is not true," Terri Copeland Pearsons said after the outbreak. "Vaccinations help cut the mortality rate enormously. I believe it is wrong to be against vaccinations."

"Flu, I bind you off the people in the name of Jesus," the elder Copeland woman continued. "Jesus himself gave us the flu shot, He redeemed us from the curse of flu.”

“Inoculate yourself with the word of God," she urged followers, saying they can simply say "I'll never have the flu" to self-vaccinate.

Watch below, via Right Wing Watch.