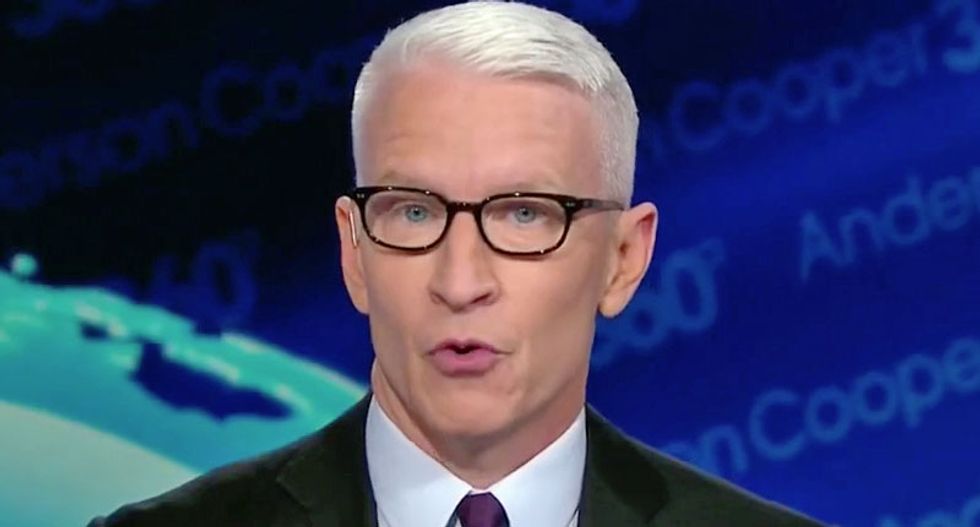 "For more a year, the President of the United States has claimed the Russia story is a hoax. Now a stunning indictment is says it is not, no matter what the president has been saying again and again and again," Cooper noted, introducing video of Trump dismissing the scandal.

"Keeping them honest, the president's case that it is a witch hunt, a ruse, or a hoax, just got weaker," Cooper noted. "A new string of indictments from special counsel Robert Mueller's grand jury sees to that."

"Now, we should say that indictments are not convictions and allegations are not proof. That said, they do pack quite a punch, they hit on a day that saw another alleged Trump mistress and mistress payoff scheme come to light...it's been quite another Friday news day, dominated now by the indictment and president's less than honest reaction to it," Cooper observed.

"In other words, not a hoax," Cooper reminded.

"Keeping them honest, actually stopping the next attack does not seem to be a priority," Cooper continued.

"They only add to a body of evidence that whatever else this investigation adds up to, it is certainly not over. Certainly clears no one, least of all the president and it certainly is no hoax," Cooper concluded.