CNN's Chris Cuomo shames GOP candidate for giving away AR-15: 'A slap in the face' to shooting victims 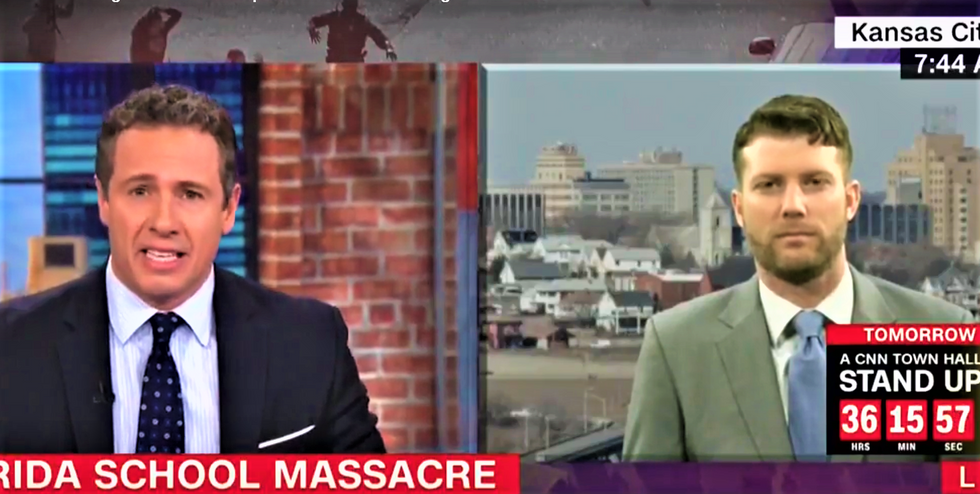 CNN's Chris Cuomo on Tuesday shamed Tyler Tannahill, a Republican congressional candidate in Kansas who is giving away an AR-15 rifle as a promotion to support his campaign.

Although Tannahill insisted that the winner of his campaign's contest would have to pick up their gun through a licensed dealer -- and thus undergo proper background check procedures before being allowed to have it -- Cuomo nonetheless grilled him on whether it was appropriate for him to give away an AR-15 in the wake of a mass shooting where 17 people died at the hands of a gunman armed with an AR-15-style rifle.

"God forbid you knew somebody who was in that school and then, right on the heels of it, when you're trying to get your mind around this madness, there's a guy giving away the same damn weapon that took your loved one's life," Cuomo said to him. "Do you think that's a constructive step forward... or a slap in the face and somebody just shaming you with what you just had to live through?"

Tannahill ignored Cuomo's question and said simply that he wanted to have a constructive conversation about ways to prevent future school shootings, including training teachers to use guns to take down shooters.

In fact, Tannahill said that all options should be on the table except for banning the guns themselves.

"Moving forward, the solution isn't to take away the AR-15," he said. "The gun isn't the issue. We have a deeper issue we have to deal with in this society."

Later in the interview, Cuomo pointed out that school shooter Nikolas Cruz had purchased his gun legally and had passed a background check -- and he said that Tannahill's gun giveaway could similarly arm another future mass shooter by giving him a free weapon.

"God forbid, someone who wins this gun goes out and gives the gun to someone unstable," he said. "You're giving away a gun in a state with private transfers."