CNN's Toobin rips Kushner over downgraded security clearance: 'We have an intern program' at the White House 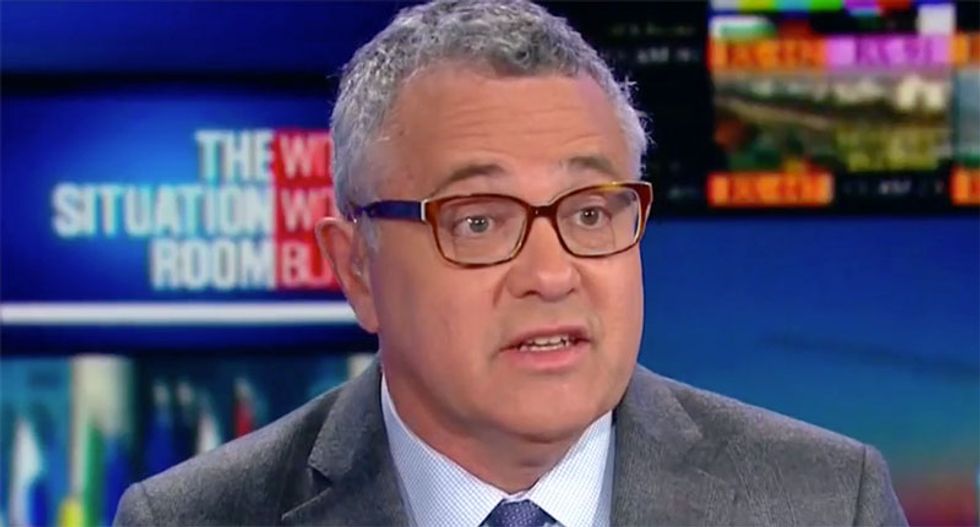 Toobin, a former federal prosecutor, deduced that the United Arab Emirates, China, Israel and Mexico discussing how to exploit Kushner was based on intercepted signal intelligence.

"Just to underline how crazy this situation is, these are obviously based on intercepts. There is nothing more highly classified in the government than national security agency intercepts," Toobin explained. "The only way now Jared Kushner can read these intercepts is in the Washington Post, because he doesn't have the security clearance to read the intercepts about him, except for when they get reported in the news media."

"And we know the special counsel has seen these because he is asking these questions of people who come in to see him about Jared Kushner," CNN chief political analyst Gloria Borger noted.

"And they have security clearances, the people who work for Mueller," Toobin noted.

The former federal prosecutor also debunked the defense that any mistake Kushner may have made could be attributed to an honest mistake born from inexperience.

"We have an intern program for people who are not experienced and they can get up to speed on things, Monica Lewinsky was in the program, but Jared Kushner was not in the intern program," Toobin reminded. "He was in a very high level post in which he remains. So I don't really think it's a very sympathetic argument.

"That's for the internship program and we don't put interns in charge of Middle East peace, which is apparently to this day Jared Kushner's job," Toobin concluded.