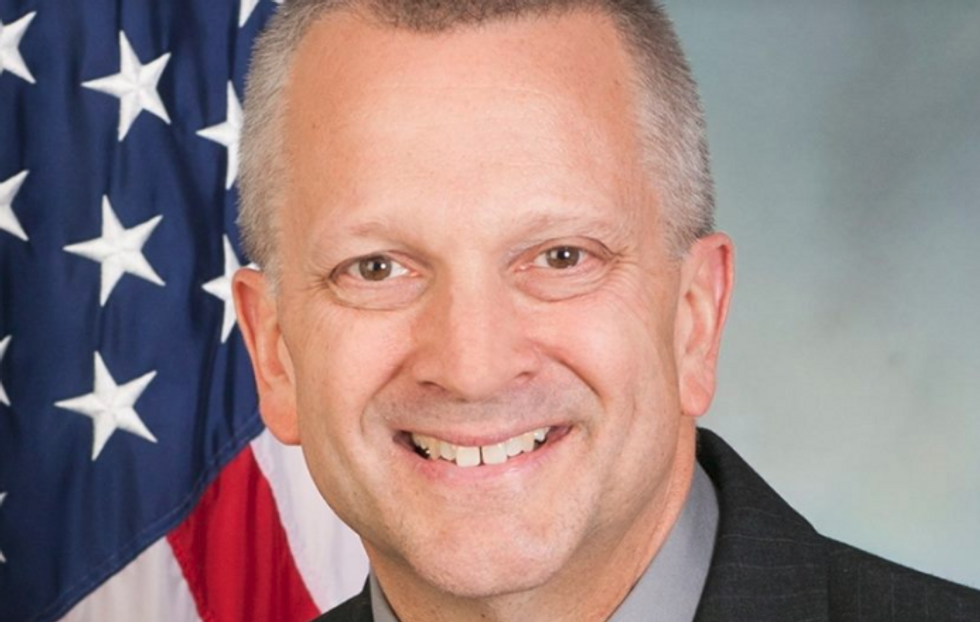 Republican Pennsylvania State Rep. Daryl Metcalfe faced blowback from some of his constituents on Wednesday when he mocked students who are protesting gun violence in the United States.

Writing on Facebook, Metcalfe suggested that the student protesters demonstrating against gun violence were not genuine American teenagers, as he sarcastically used quotation marks every time he referred to them as "students."

"This morning I was working out and listening to the news about 'students' being bused in to the Florida Capitol," Metcalfe wrote. "The hypocrisy of the left struck me! They expect lawmakers to listen to the policy advice of 18 year old and younger 'students' who are advocating for gun control, but they do not believe 18 year olds who are old enough to serve on the battlefields of Afghanistan are old enough to purchase a rifle."

Metcalfe, who last year made headlines for telling a male colleague to not touch his arm because he was a heterosexual, saw his Facebook post get flooded with angry comments from constituents shortly after it went live.

"Let's just stop with 'students,'" wrote constituent Maureen Owns Byko. "What are you saying about these kids who were lucky enough to walk through blood and past corpses of friends slaughtered by an AR15? Please remove the quotations and be specific. Are you a denier? Are you accusing them of not being students?"

"Doubt he would care if his own kids got slaughtered as long as he gets those NRA checks to keep rolling in," commented constituent Brent Wise.

"No one of any age needs to purchase an assault rifle," wrote constituent Teresa Meyer Kissinger.

And constituent Janice Fenk unloaded on Metcalfe and said she hoped he would soon be booted out of office.

"You are a gigantic idiot!" she wrote. "Just listen to yourself! You have been in office far too long and I pray you are voted out!"