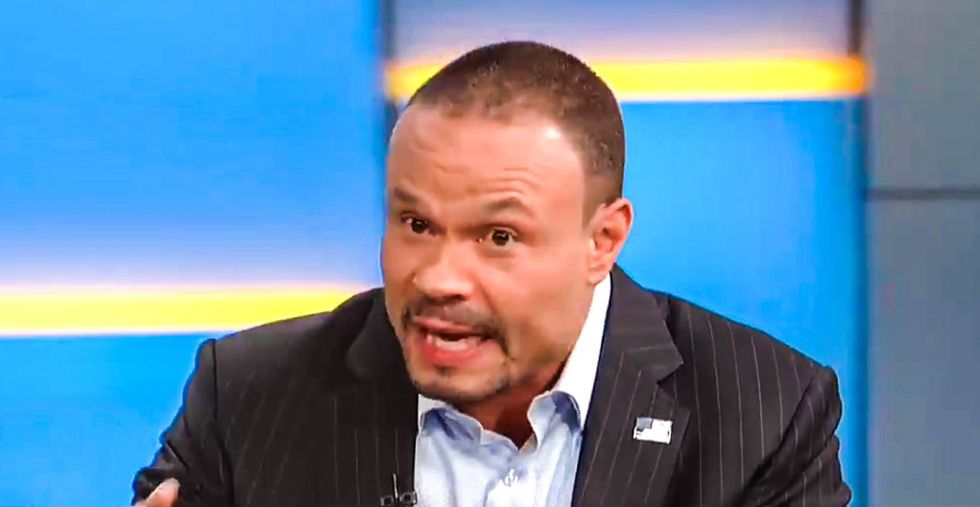 Dan Bongino, a former Secret Service agent and regular contributor to the NRA's online TV network, went on Fox News program "Outnumbered" Tuesday to decry the uselessness of laws banning certain kinds of guns -- as well as laws that ban other crimes.

Talking about the gun control debate sparked by last week's massacre in Parkland, Florida, Bongino lashed out at the idea that more gun laws would reduce school shootings since criminals would find a way to commit crimes regardless of what laws are passed.

"Criminals don't care about your gun laws," he said. "They don't give a damn. They don't care about rape laws, robbery laws, homicide laws, burglary laws, gun laws, or anything else. I don't know why you think a supply-side measure meant to limit criminals who simply get them off the street and openly mock gun laws!"

A contributor on the panel pointed out that Parkland school shooter Nikolas Cruz didn't just buy an AR-15-style rifle off the street, but instead bought it legally through a licensed gun dealer.

Bongino shot back that there are "already laws" that should have stopped Cruz from getting a gun, but authorities "missed" the warning signs about him and his behavior.