Cyber Command chief: Trump has not given us permission to stop Russian attacks on 2018 elections 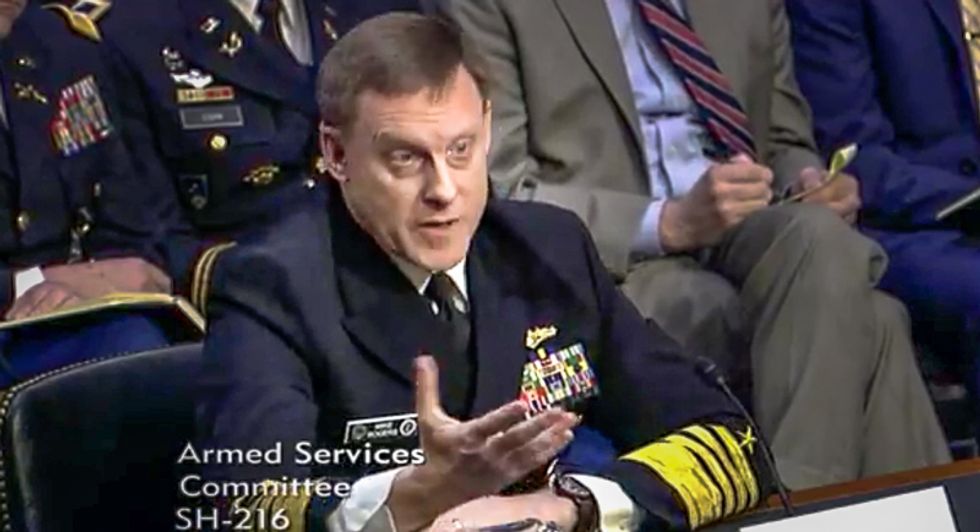 Admiral Michael Rogers, director of the National Security Agency and commander of the U.S. Cyber Command, said on Tuesday that President Donald Trump had not given him the authority to fight back against Russian attacks on the 2018 U.S. election.

In testimony before a Senate committee, Rogers was asked by Sen. Bill Nelson (D-FL) about the Department of Defense's ability to respond to cyber attacks from Russia "against our forthcoming elections."

"We have been attacked and there are a lot of us that feel like we are still being attacked and that we're going to be attacked particularly with regard to our elections," Nelson explained. "So, what's the holdup?"

"The challenge for us is right now we have this thing called the law," Rogers replied. "And the legal framework shapes what DOD can and cannot do."

"What do you need as the commander to say go after and punish these guys that are trying to tear apart our critical infrastructure?" Nelson pressed.

"I need a policy decision that indicates that there's specific direction to do that," Rogers said. "The secretary [of defense] would ultimately make a recommendation to the president... and then based on that, we'd be given specific direction and specific authority."

"So you need a direction and specific authority from the White House?" Nelson remarked.

"The president ultimately would make this decision," Rogers stated.