'It would damage the reputation of Jesus himself': How one California church justified child sex abuse cover-up 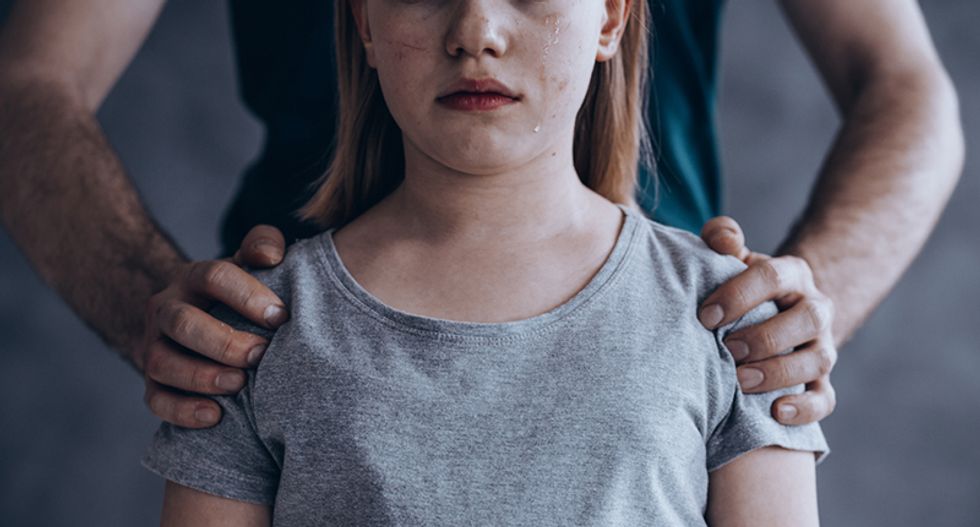 At a time of great vulnerability, Jennifer Graves's pastor not only forcibly kissed and fondled her, but he proceeded to molest her over the course of the years that followed.

It all happened at the First Baptist Church in Modesto, California, now known as CrossPoint Community Church, when Brad Tebbutt was a 27-year-old married youth pastor, The Modesto Bee reported. Tebbutt now works in seniors ministry for the International House of Prayer in Kansas City after spending 30 years as a youth pastor.

When Graves attended his youth group in Modesto, she alleged Tebbutt would have sex with her after school. The molestation took place in his office, his car and even at his home before his wife came home from work. It continued for two-and-a-half years.

She explained that after her father's death, her mother had difficulty dealing with her three teenage children. Graves was depressed as well and thought about harming herself. When the youth pastor paid her special attention it brightened her, but prayers turned into something else.

The Tebbutts invited Graves to stay in their apartment overnight but they ultimately took her in indefinitely.

She explained that he "became my entire emotional support, and I was this vulnerable, depressed, anxious girl who had just lost her dad and couldn’t get along with her mom and had no other options. At that age, I didn’t feel I had other choices, and he took advantage of that.”

Graves confided in Marvin Jacobo, another youth pastor, about what happened. Jacobo then spoke to Tebbutt, who confessed to the crime. Jacobo went on to inform Tebbutt's wife and his new boss.

“They gave me specific directions to never speak of the events to anyone, because it would damage the reputation of the church, and of Jesus himself,” she said. “The abuse was swept under the rug.”

“They completely and entirely mishandled the situation,” Graves said. “At first, they didn’t believe me. At subsequent meetings they kept asking me if I wanted to take my story back. They asked if I was just doing this for attention.

Around that time, two other adult volunteers molested several boys in the church. Those boys came forward and the two men were convicted. A year before Tebbutt left Modesto, church organist Bob Chapman, pleaded guilty to molesting boys in the church. However, Tebbutt remained in ministry and his victim was "told to forgive and forget." Church leaders never told Graves's mother nor did they go to the police. Instead, they called it "an affair."

One of Chapman's victims, Larry Spencer, noted that his foster family were mad at him when he exposed the organist because it brought "them some sort of shame." He told The Bee that he was also cast aside at church after being extremely involved.

At one point in the investigation, she was put in a room with a handful of men who asked her to describe in specific detail what had happened. She was only 17.

The former head pastor, Bill Yaeger, died in 2005. Today, CrossPoint does full background checks and fingerprinting checks on it's staff and volunteers working with children. They're also required to go through prevention training every two years.

George Austin, was a retired California Highway Patrol officer who taught Sunday School at First Baptist. He too was molesting boys. By the time he was finally prosecuted and convicted, 10 victims came forward.

Christa Brown has been documenting Baptist clergy abuse for the last 12 years and explained that it's a mystery why the church was swift to act in the cases of the boys molested but not in Graves's case.

Brown is a survivor herself and at the age of 17 she was forced to apologize to the wife of her abuser.

The Graves case “fits that pattern perfectly of what we’ve seen in so many other Baptist clergy cases,” Brown explained. Victims are “shamed, blamed and slammed all over again.”

“Hundreds of victims have told me that when they tried to make a report within the faith community, it seemed even worse than the damage of the abuse itself,” Brown said. “The church culture enables these coverups. The notion that you better forgive and the grace of God will redeem him is lovely sounding in the abstract, but it can get twisted to be enabling. There need to be consequences for cover-uppers.”

The statute of limitations has expired and Tebbutt can no longer be prosecuted. Graves's former pastor Jacobo said that he never went to the police because Graves said she didn't want to press charges.

"We wanted to honor her wishes in that and begin her process of healing," he said. At the time, Tebbutt was forced to apologize and Graves “seemed satisfied with the process and the results. I feel like we did everything we knew to do in addressing it. If she now feels this was insufficient, then we sincerely apologize.”

She called it “a ‘sorry-she-got-her-feelings-hurt’ apology.”

There are no current claims of abuse against Tebbutt in Oregon where he went after Modesto. However, at some point, Tebbutt went through an “18-month repentance and restoration process” with a psychologist, according to a letter from his church in Missouri, Forerunner Christian Fellowship. He “continues to express deep sadness and sorrow over his actions,” wrote director of pastoral support Dale Anderson.