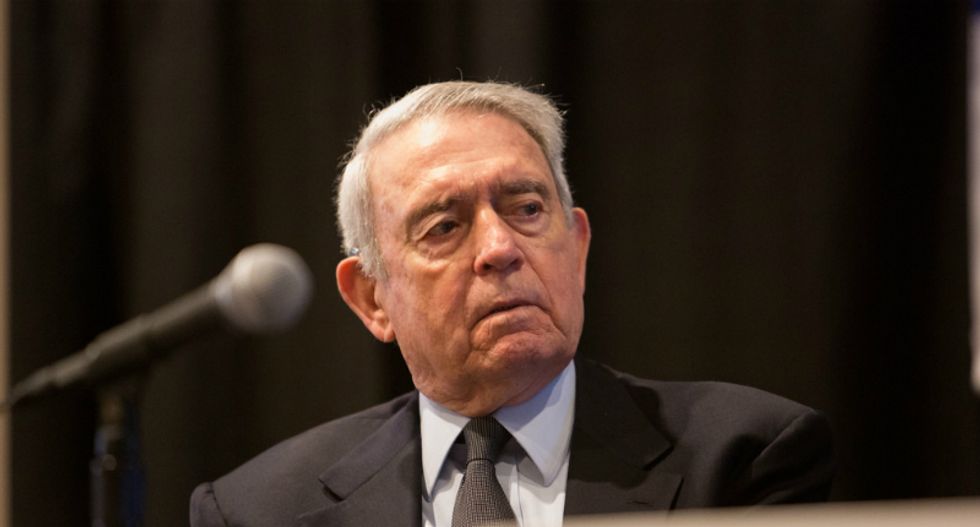 The wheels of change are turning, according to veteran journalist Dan Rather.

In a post on his Facebook page, Rather warned those who try to circumvent the will of the people will see a backlash from a new generation taking over the leadership of the United States.

"But as we see voters rise up in elections across the nation, as we see a new generation of candidates for office claim that now is their time, as we see even the mighty NRA under siege with former corporate allies scurrying for the exits, it is a timely reminder: NO president...NO interest group... NO political party is bigger than the nation at large," he wrote Friday.

The 2018 election will be the first election the entire Millennial Generation will come of age to vote. The generation has long been held to be a powerhouse due to it's volume. Generational scholars differ on when the generation actually began with some who set it at 1980 and others at 1982 and stops at 2000. That accounts for anywhere between 80 million and 95 million voters added to the electorate.

These voters are among the most diverse generation in history, the most tolerant, the least religious and the most suspicious of institutions like the National Riffle Association and the Republican Party.

The end of this generation will add to the beginning of Generation Z, which accounts for the thousands of students at Stoneman Douglas High School demanding action on gun safety.

"Those who seek to subvert the will of the majority will work very hard to make it seem like your voices will never be heard," Rather wrote. "They will make it seem like your votes don't count, like your values are outside of the norm of true American patriotism, that you must show respect to those who show you only disdain. Don't believe it. Cynicism and intimidation are often the refuges of the weak in an effort to make themselves seem strong."

Rather noted that he has seen over and over as movements begun by the minority has managed to change the course of history. Millennials and Generation Z make up a hefty portion of that minority, and they've taken to the streets this week.