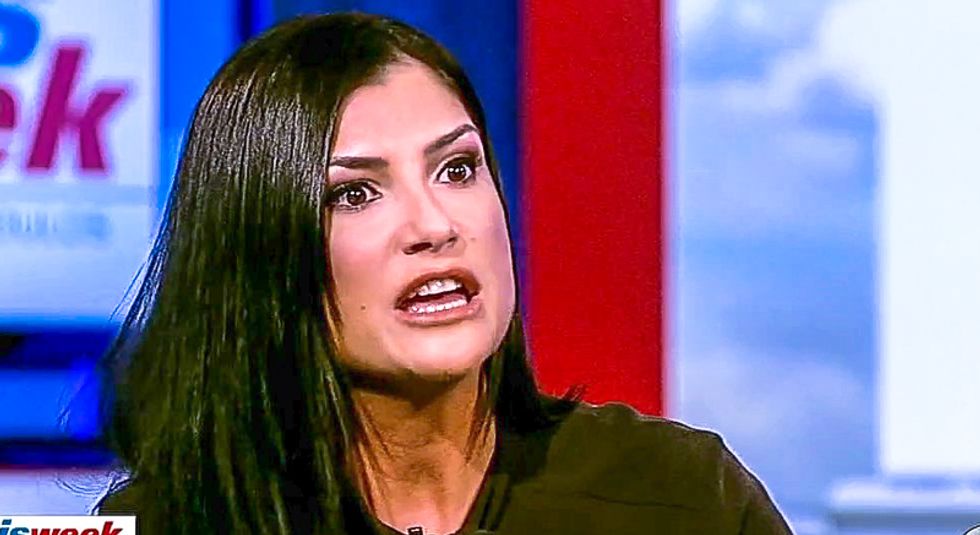 NRA spokesperson Dana Loesch became combative on Sunday when she was asked if her group would back a ban on devices that effectively convert semi-automatic weapons into automatic weapons.

During an interview on ABC News, host George Stephanopoulos asked Loesch if the NRA would support President Donald Trump's call to set an age limit of 21 on the sale of semi-automatic weapons.

"The NRA has made their position incredibly clear," Loesch said.

"That's a no," Stephanopoulos pointed out.

"People are trying to find daylight between President Trump and 5 million law-abiding gun owners all across the United States," Loesch said. "These are things he's discussing... nothing has been proposed yet.

"The position is you do not want to raise the age," the ABC host pressed.

"That's what the NRA came out and said," Loesch admitted.

"The NRA already made it clear the ATF needs to do their job," the NRA spokesperson opined. "They need to make sure their definitions are consistent."

"The ATF says they don't have the authority right now to ban bump stocks," Stephanopoulos explained. "The president has said he wants those to be banned. Will the NRA back that?"

"The NRA doesn't back any ban," Loesch replied. "The NRA has asked the ATF to do its job and make sure that these classifications are consistent."

When she was asked about banning all military-style assault weapons, Loesch became enraged.

"This is really a discussion about banning all semi-automatic firearms," she complained. "And I wish that we could be guinuine in our discussion about that. That's the position on AR-15s. And AR-15s are going to be in that school protecting students and teachers when they return back to class."

"We are the only country that has wide access to these kinds of weapons and no one else has the frequency or the intensity of mass shootings that we do," Stephanopoulos charged.