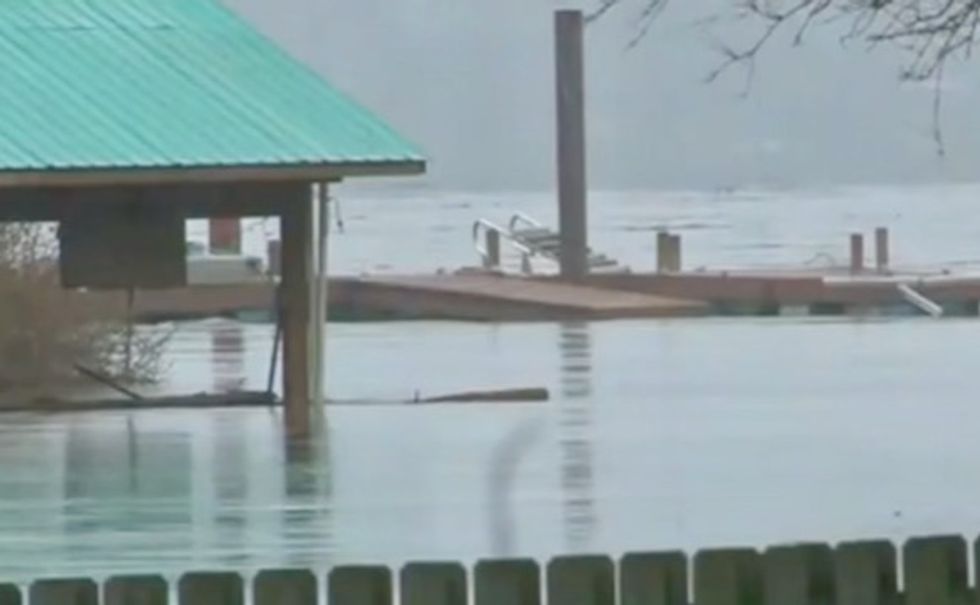 The U.S. Southern Plains and Midwest braced for more flooding on Thursday as snow-melting temperatures and heavy rains swelled waterways after claiming the lives of at least two people, including a child, and forcing hundreds of people to evacuate.

Flood advisories were in effect until at least Sunday for low-lying parts of eastern Texas northeastacross the region into southern Ohio and in Michigan, Indiana and Illinois, the National Weather Service said.

The flooding forced hundreds of people to place sandbags around their property and flee their homes in small communities like Niles, Indiana and Marseilles, Illinois that sit on rivers, already beyond their flood stages, that were not expected to crest for days.

"We just got to wait for it to go down," Terry Teeter said to WOOD-TV after installing pumps around his house in Mattawan, Michigan. "It’s going to be a couple of days like this."

A one-year-old girl died when she wandered into standing water in a backyard in Central Michigan and a 52-year-old woman was found dead in her car that was submerged in a ditch in Illinois, local media reported.

Rising waters also forced some 19 people to evacuate their homes in Elkhart, Indiana, a community about 110 miles (175 km) southeast of Chicago, the local newspaper reported.

"This city has not seen flooding like this in the last 45 years," Elkhart Mayor Tim Neese said during a news conference, the Elkhart Truth reported.

More rain was expected to fall on Thursday in the Texas, Louisiana and Arkansas where as much as 8 inches (20 cm) fell on Tuesday and Wednesday, closing roadways and schools.

"We are still expecting heavy rain and flash flooding at least through the end of the week," the National Weather Service said in a Tweet regarding the region.

(Reporting by Brendan O'Brien in Milwaukee; Editing by Richard Balmforth)