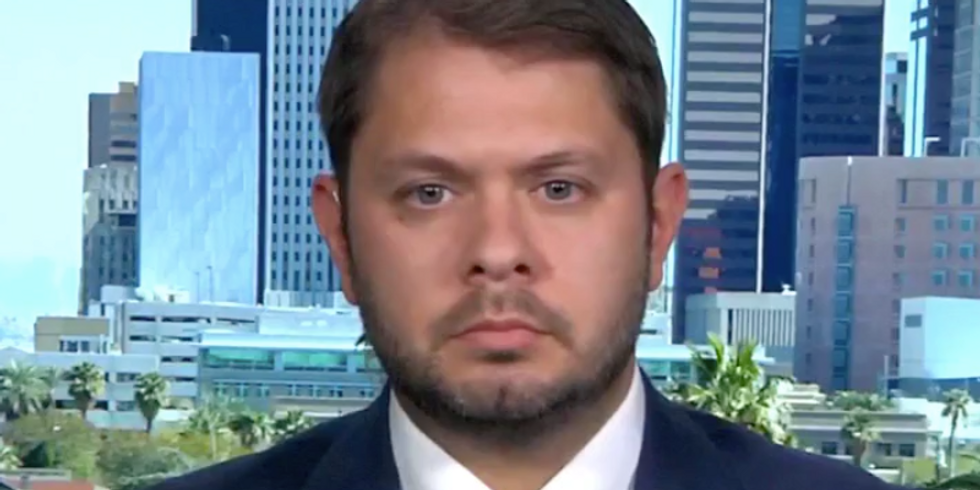 Rep. Ruben Gallego (D-AZ) told MSNBC's David Gura that he stands by his Saturday morning tweet saying that the United States will "regret the day" that "psychopath" President Donald Trump was born.

"You are such a psychopath that you have to make even the death of 17 children about you," the congressman wrote, in reference to Trump's tweet late Saturday night blaming special counsel Bob Mueller's Russia probe for the school shooting massacre in Parkland, FL last week.

But Gallego reserved special scorn for Speaker of the House Rep. Paul Ryan (R-WI), who he called a "coward" for his passivity regarding the national gun lobby.

"Let's be realistic," he said. "As long as the Republicans are in power, they're not going to let us do anything."

"He's going to smile, say some really cute words, maybe cry a little and say something about mental health care, but will do nothing about passing good, sane gun control legislation," he said.