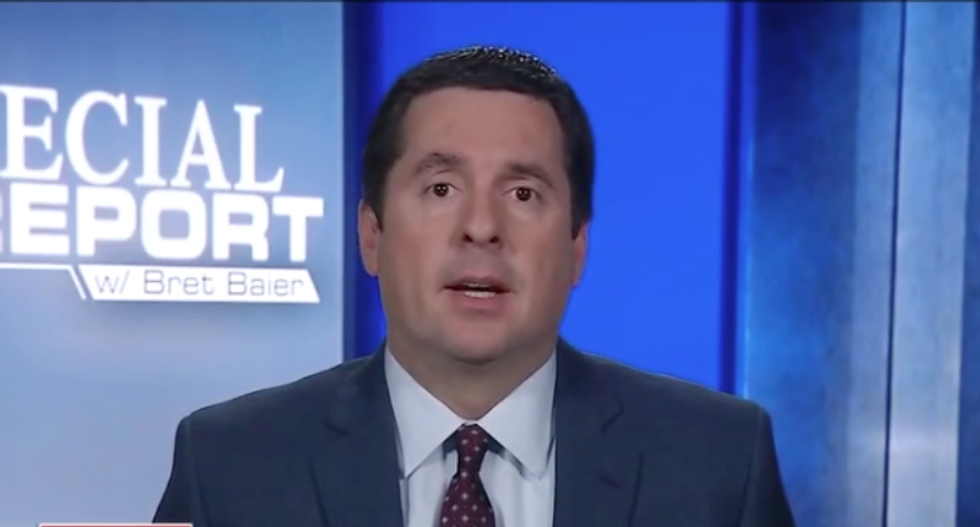 House Intelligence Committee Chairman Devin Nunes (R-CA) on Friday told Fox News that he "didn't want to have to" release his controversial memo based on "abuses" he alleges he gleaned from the Foreign Intelligence Surveillance Act court applications. Later in the segment, however, he admitted that he himself never read the FISA documents.

"I have an obligation to the American people when we see FISA abuse," Nunes told Fox News host Bret Baier. "These are secret courts that exist to target foreigners to catch terrorists and the American citizens that are represented before this court have to be protected. The only place that can protect them is the U.S. Congress when abuses occur."

When the host asked him if he'd read the FISA renewal application, however, he admitted that he hadn't.

"The agreement we made with the Department of Justice was to create a reading room and allow one member and two investigators to review the documents," he said. "I thought the best person on our committee will be the chairman of the Oversight Committee, Trey Gowdy, because he had a long career as a federal prosecutor. They would come back with their notes and brief the rest of the committee members."