Devin Nunes wants to build a literal wall in the Capitol to keep Democrats away from his staff: report 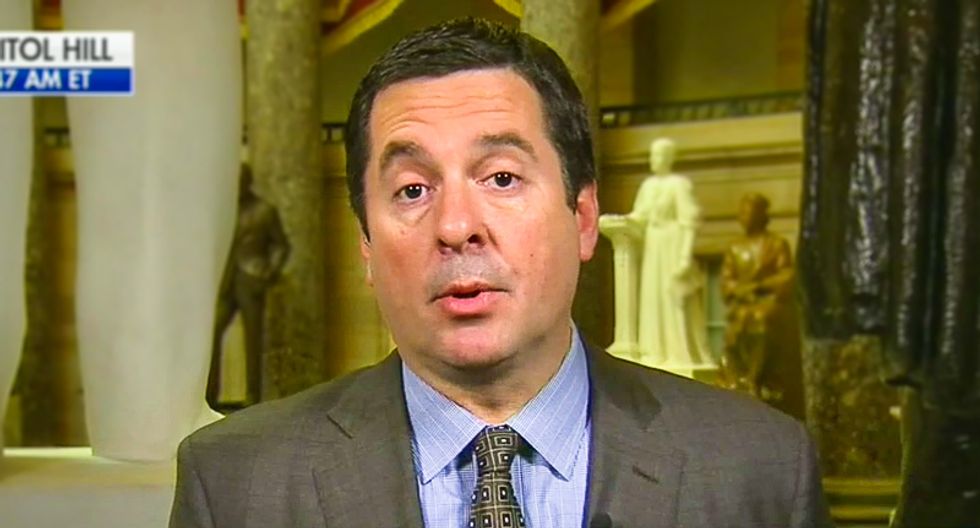 Rep. Devin Nunes is spearheading a plan to build a literal wall to separate Republicans and Democrats in the House Intelligence Committee's secure spaces.

CBS News reports that the wall is expected to be build this spring and is a sign of "increasing partisan hostilities" in the House Intelligence Committee.

Republican members of the committee denied having anything to do with it to CBS News, and they said that any questions about it should be directed toward Nunes.

"I'm not part of that decision," Rep. Mike Conaway (R-TX) told the network. "You've got to talk to Devin. I don't know what they're trying to do one way or the other."

"I swear to God I didn't know that," Rep. Tom Rooney (R-FL) said. "The level of trust and the level of everything down there is -- it's poison. It's absolute poison down there."

Rep. C.A. Dutch Ruppersberger (D-MD), who has served on the House Intelligence Committee for the past 12 years, said the bipartisanship of the committee had severely deteriorated.

"It's very hurtful to me to see the degradation of this committee and it's wrong," he said.