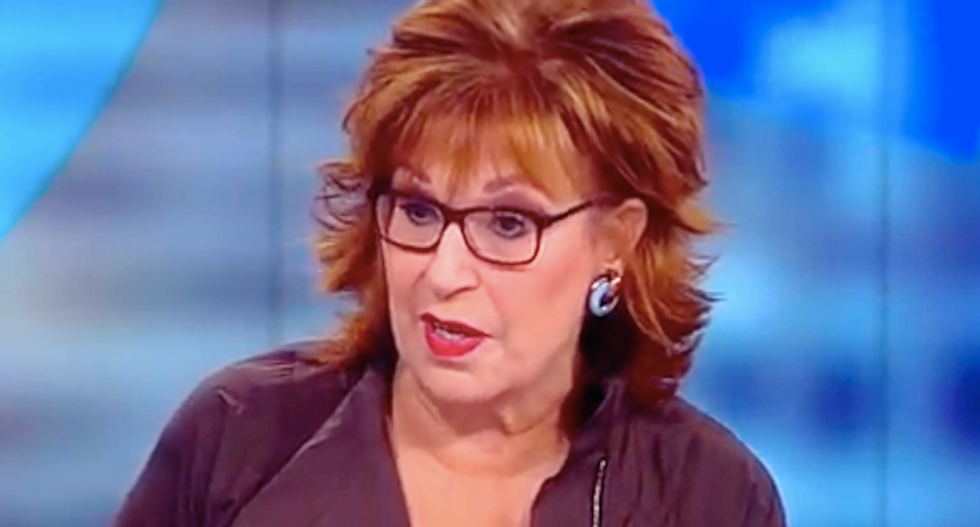 The hosts of "The View" took aim at the president's son for promoting conspiracy theories about the school shooting in Parkland, Florida.

Donald Trump Jr. signaled his approval for a tweet accusing outspoken Douglas High School student David Hogg of helping to cover up the FBI's failures in stopping the gunman, who had been reported as a potential threat months before the massacre that left 17 dead.

“Could it be that this student is running cover for his dad who Works as an FBI agent at the Miami field office Which botched tracking down the Man behind the Valentine day massacre?” tweeted talk show host Graham Ledger, which Trump Jr. then "liked." “Just wondering. Just connecting some dots.”

"View" host Whoopi Goldberg said the president's son and others were attempting to discredit survivors who are now calling out for new gun safety regulations, but her co-host Joy Behar said Trump Jr. was covering for his own father.

"Don't you think that Don Jr. is afraid of the FBI?" Behar said. "They're breathing heavily on his and his father's back now. He's trying to discredit the FBI just like Trump is doing."