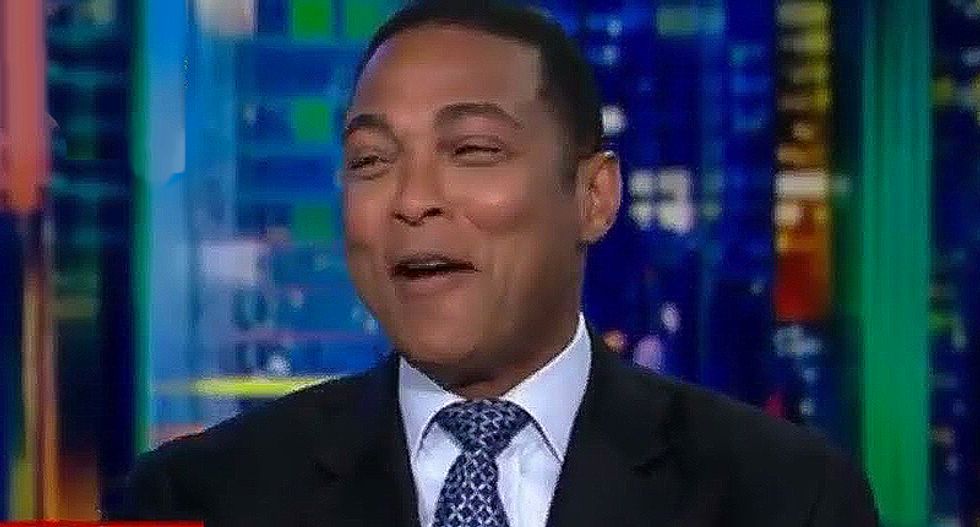 All CNN host Don Lemon could do was laugh after playing a clip of President Donald Trump speaking Thursday.

"Part of the problem is we used to have mental institutions, and I said this yesterday," Trump said, his arms crossed. "We had a mental institution where you take a sicko like this guy -- he was a sick guy, so many signs -- and you bring him to a mental health institution, those institutions are largely closed because communities didn't want them."

As many pointed out, the communities do actually want them, rather the funding for such facilities have been slashed since the 1980s. Currently, many prisons have been forced to serve as mental institutions to protect the public.

"You can't put them in jail because he hasn't done anything yet but you know he is going to do something," Trump continued. "So, whether it be talking seriously about opening mental health institutions again, in some cases reopening. I can tell you in New York, New York did a very, very bad thing when they closed our mental institutions, so many of them. You have these people living on the streets. And I can say that in many cases throughout the country, they're very dangerous. They shouldn't be there."

"I'm glad he brought that up," Lemon said smirking as he spoke to New York Times columnist Frank Bruni. "The people living on the streets in New York City, guess what they don't have access to?"

"There is so much wrong with what the president just said there," Bruni continued. "There is so much that kind of misunderstands reality or misrepresents it. First of all, it's not easy to involuntarily commit someone. He makes it sound like it would be the easiest thing in the world to take someone who showed signs of danger and just stow them in a mental institution. That's not something we do in this country for very good reasons. Also, he's conflating mental illness and the anger and other impulses that have motivated these school shooters. Some of them probably fit the definition of mental illness, others don't. He's stigmatizing mental illness with what motivates some of these shooters, and that's irresponsible."