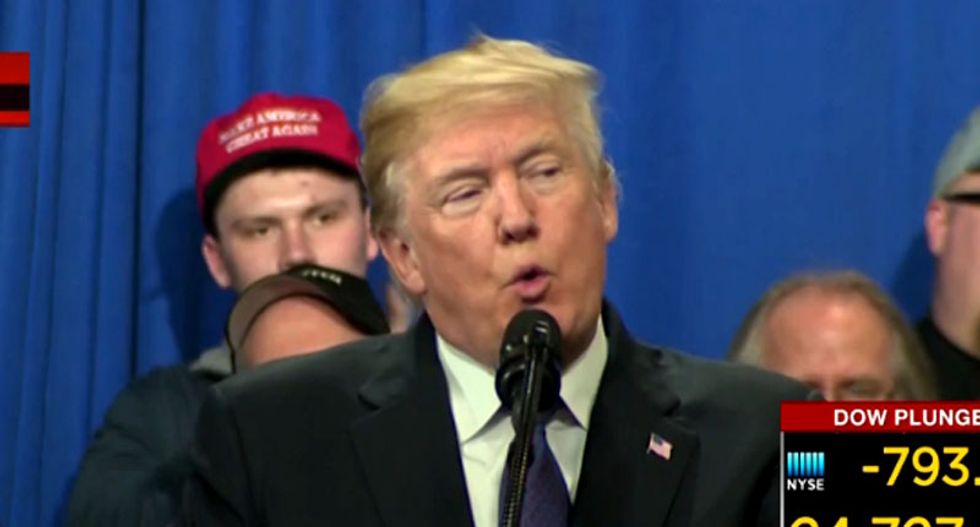 President Donald Trump during a speech in Ohio (Screenshot)

President Donald Trump on Monday suggested that Democrats could be guilty of treason because of their reaction to his State of the Union address.

Trump complained during a speech in Ohio that Democrats had not applauded during his State of the Union. The president said it was "un-American" of Democrats not to give him an ovation when he spoke about topics like unemployment.

"Someone said 'treasonous.' I guess, why not?" Trump added. "Can you call that treason? Why not. I mean, they certainly didn't seem to love our country very much."

"But you look at that, and it is really very, very sad."