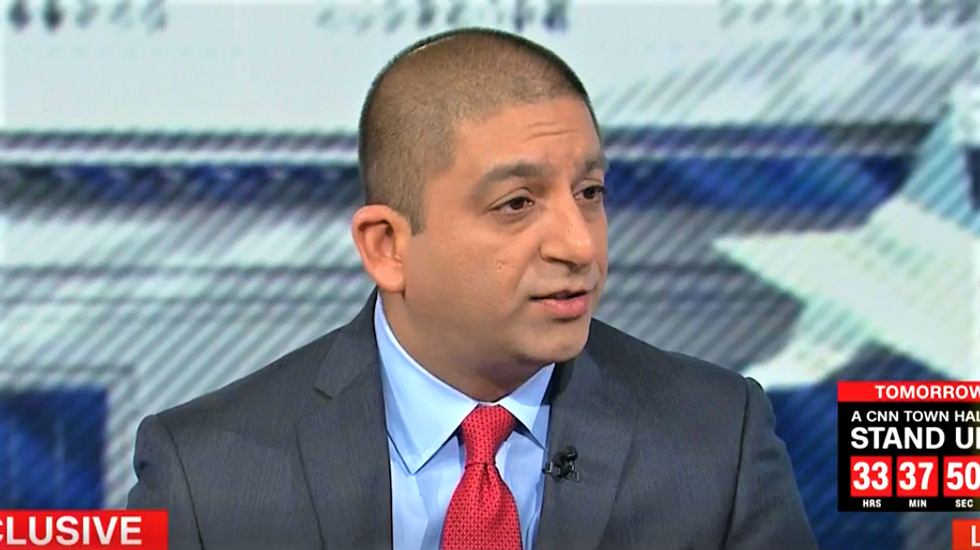 During a CNN interview, Jaffer was asked the most recent set of Mueller indictments, and the former Bush White House associate counsel zeroed in on the charges that Mueller brought against Russian nationals who allegedly conspired to help Trump get elected president in 2016.

"What you see there is an attempt by Mueller to show Americans and other foreigners that, 'I've got charges I can bring if I think there is a conspiracy to defraud the United States, to prevent the FEC from doing its job in preventing foreign influence in our elections,'" he explained.

Jaffer went on to say that Mueller's new indictments will turn up the heat on other people being investigated to cooperate and come clean on what they know.

"That's a big deal because at the end of the day, everyone thought there are no real collusion charges to be brought," he said. "And this is the example of him saying, 'I can bring collusion charges.' And what that does is it pressurizes everybody to start cooperating. You didn't think he had charges to bring, now he does, they might force you to cooperate and work his way up the chain. A very smart move by the special prosecutor here."