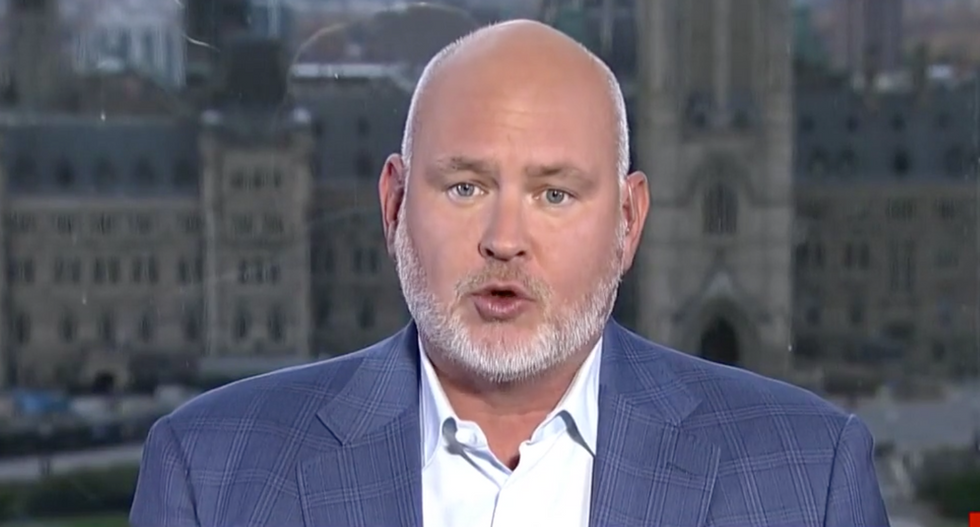 "I think it is important to call it, we all remember that the Mueller investigation really had its origins in July of 2016 when after [George] Papadopoulos was basically approached by Russian intelligence handlers, the investigation, the counter intelligence investigation of the Trump campaign kicked off," said Jeremy Bash, former chief of staff t the CIA and Department of Defense.

"This memo released today by [Rep. Devin] Nunes (R-CA) is totally incomplete," he continued. "It cherry picks all kinds of information. It doesn't say what other information the FISA court relied on, and I also think its revelation is dangerous. For the first time the Russians now know the precise dates that Carter Page was under electronic surveillance. And if he was their probable agent, which is what the court found, they know when their communications with him -- to him were discovered by U.S. law enforcement."

Chuck Rosenberg, who previously worked for both Robert Mueller and former FBI director James Comey walked through the rigorous process of seeking a FISA warrant and noted that the warrant was renewed three times.

"In between application one and two, you have more information that is acting in that way. Between application two and three, even more. So, on and so forth. So, really pretty straightforward stuff," Rosenberg said.

"How stupid are they?" Wallace couldn't help but laugh. "Do any of them read? What they just revealed -- I'm sorry if I'm getting this wrong -- they just revealed the Trump campaign hired an agent of a foreign power as their senior foreign policy advisor to the president's campaign...That's what happens when you rely on Devin Nunes as your strategist, I guess."

All Schmidt could do is agree.

"When you saw the president earlier in the Oval Office, what he did, essentially, was toss up a serve like a volleyball, out over the net, which will now be spun into all manner of conspiracy theories," Schmidt said. "The right wing media will spin off in 100 different directions."

He went on to say that the intention of the memo was obviously to "sow confusion and chaos" around the Russia investigation."

"Which is, did somebody or peoples on the Trump campaign, maybe with the knowledge of the president, maybe without, we'll find out, collude with intelligence officers of the Russian federation to influence the outcome of the election," he continued.