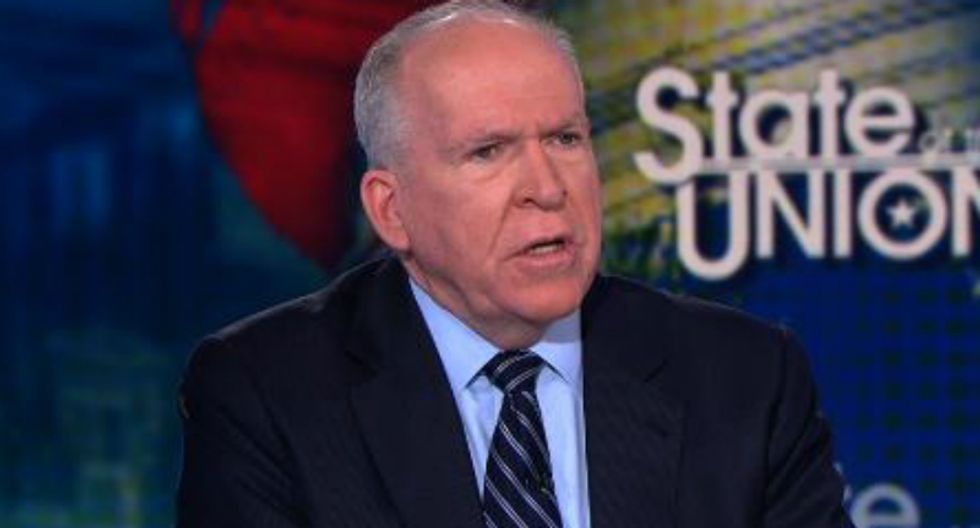 "We are covering breaking news this hour about the first indictments in the special counsel investigation of Russian nationals for their role in meddling in the 2016 presidential election," Wallace introduced.

"Former CIA Director John Brennan sounded the alarm a year ago, that wittingly or unwittingly, Trump campaign officials may have colluded with Russia in the elections," Wallace reminded. "Today Rod Rosenstein seemed to confirm his fears."

"DOJ statement and indictments reveal the extent and motivations of Russian interference in 2016 election. Claims of a “hoax” in tatters. My take: Implausible that Russian actions did not influence the views and votes of at least some Americans," Brennan tweeted Friday.

"Let me start with your take on today's indictments, the significance and what you think they portend for the future," Wallace said.

"I think the indictments do several things. One is that they really do validate the findings of the intelligence community, in terms of Russian interference as well as the motivations for it," Brennan concluded. "Secondly, it shows that Bob Mueller and the investigative team have really done a great job as far as uncovering the extent and depth of Russian engagement involvement and also the relatively sophisticated manner Russia carried out these tactics. Third, I think it just is indicative that this investigation is ongoing. it's making progress, and today's indictments I don't think are going to be the last word by any stretch."

"So, I am expecting that there are going to be more things coming out in the weeks ahead," Brennan predicted.

"Based on just the body of information that you all knew as an intelligence community, how significant is it that this is becoming public now?" Wallace asked. "And how much more should the public expect to learn?"

"Well, I think it just demonstrates that the work that was done by the intelligence community as well as by the FBI during this campaign really was able to identify Russian activities, and that this puts a lie to Putin's claims that Russia didn't interfere at all," Brennan charged.

"The extent of the activity, the number of Russians who were involved, the types of activities that they engaged in with U.S. officials or U.S. persons who, as Rod Rosenstein said, unwitting affiliation. I think this is, again, an indication of just how determined the Russians were to undermine the integrity of the election, harm Hillary Clinton, and to enhance the prospects for Donald Trump's election," Brennan concluded.

"While some may have been unwitting, I do think the investigation is going to reveal that some individuals were knowledgeable about what they were doing and they basically strayed from what they should have been doing," Brennan predicted.