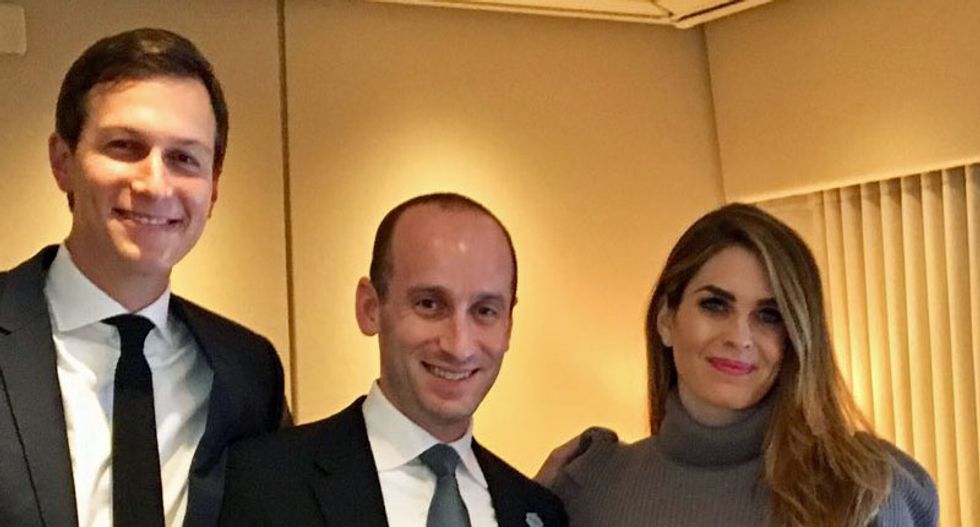 "Two big stories that are breaking right now. One, a rare leak about the Russia probe coming from witnesses who were inside the room, detailing, that after all the discussion of obstruction, Bob Mueller, right now, is back to collusion and back to Donald Trump," MSNBC anchor Ari Melber reported. "Here's the story, Mueller's investigators pressing witnesses on a question that we know the White House fears most: Did Trump know about the Russian email hack against the Democrats in advance? And was he in on it?"

"Two, the other breaking story right now, top Trump aide Hope Hicks, resigning, she's out. This news breaking literally a day after she faced Russia investigators," Melber noted. "It appears that Hope Hicks did tell the truth about the lies, that people had been telling for Trump, when they worked for Trump. We only know that she told, as she put it, 'white lies for Trump,' because yesterday she was in the setting where she had to tell the truth."

"That's exactly right and I think you have to consider the nature of those white lies and why did she have to tell those white lies, or whatever color the lies, were in the first place?" Price explained.

"Was there this issue, Ari, of corrupt intent? Was there corrupt intent when on board Air Force One she was the one relaying messages from Don, Jr on the ground, back to the president, and back and forth crafting this -- what we now know to be false -- narrative about a meeting that they said at the time was for adoptions?" Price asked. "Why did they feel the need to lie about it?"

"Was it some natural compulsion to tell untruths, or, and this is what Mueller and his team are going to be looking at it, was it an affirmative effort on the part of Trump officials to obstruct the Mueller probe?" Price continued.