Ex-DOJ official says Trump aides face a grim future in Mueller probe: They committed Russia ‘collusion out in the open’ 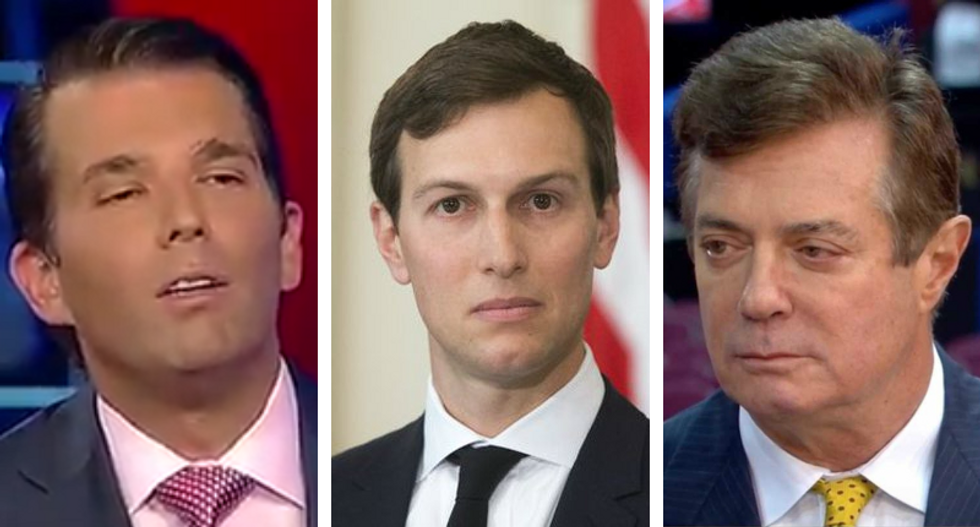 The former spokesperson for the Department of Justice explained the importance of the latest reports on the questioning by special counsel Robert Mueller, during a Wednesday interview by MSNBC's Katy Tur.

"It's not just that July news conference where he said, 'Russia, are you listening?' It's also Roger Stone's tweets about Wikileaks in the months that led up to the election, it's also how Donald Trump used Wikileaks to his advantage during the election," Tur explained.

"Remember, the John Podesta emails came out just hours after the Access Hollywood tape was released. Donald Trump was mired in this great scandal, this huge scandal surrounding what he said on the tape about women's body part and what he was allowed to do and only hours later there is a scandal that could very easily distract from it and put focus again on Hillary Clinton," Tur reminded.

"Yeah, that's exactly right. Just as the hacked DNC emails came out right before the Democratic National Convention, timed for maximum impact to disrupt the convention at a time when Hillary Clinton needed a bump out of the convention," Miller replied. "I think these are the central questions of this investigation, especially when you put it in the context of the entire timeline."

"In a way, it's almost like collusion out in the open," Miller explained. "After his campaign was told that the Russian government had obtained Clinton emails, he's out publicly asking them to release them."

"If that was a private communication, we would just be waiting for an indictment or an impeachment referral, because it was public, people think of it differently," Miller suggested. "When you put it in context to the rest of the timeline, it's an extremely damning piece of evidence."

Tur noted that when interviewing witnesses, when she would suggest Mueller's questions didn't sound that detailed, "the person will push back and say 'no, they know everything.' And their voice will drop when they say it. They're able to recreate entire scenes, say who you were sitting next to and what you said in that room."

"Obviously, they will have done their homework, not just in interview other witnesses, but remember, they now have three cooperating witnesses that we know of," Miller explained. "These are witnesses that, are not just in answering the questions that are asked of them, but was your an incentive to tell everything they know because it helps reduce their sentences for the crimes of which they plead guilty."

The latest news also brings up the question of whether former Trump campaign chairman Paul Manafort will flip.

"Paul Manafort, at some point, is likely is going to spend time in jail, he's going to be a convicted felon," Miller predicted. "The only question is how long does he want to go to jail? Does he want to take this case to trial, get convicted and sent to jail, almost certainly for the rest of his life? Does he want to strike a plea deal that brings his sentence down, and potentially brings it down dramatically if he has important information about the president, the president's son or son-in-law?"

"We don't know the answer," Miller reminded. "Mueller may or may not know the answer, but that is the key question for Paul Manafort to face in looking at what are some really, really grim options."