'This is your excuse?' Maxine Waters body slams Steve Mnuchin for failing to implement Russian sanctions 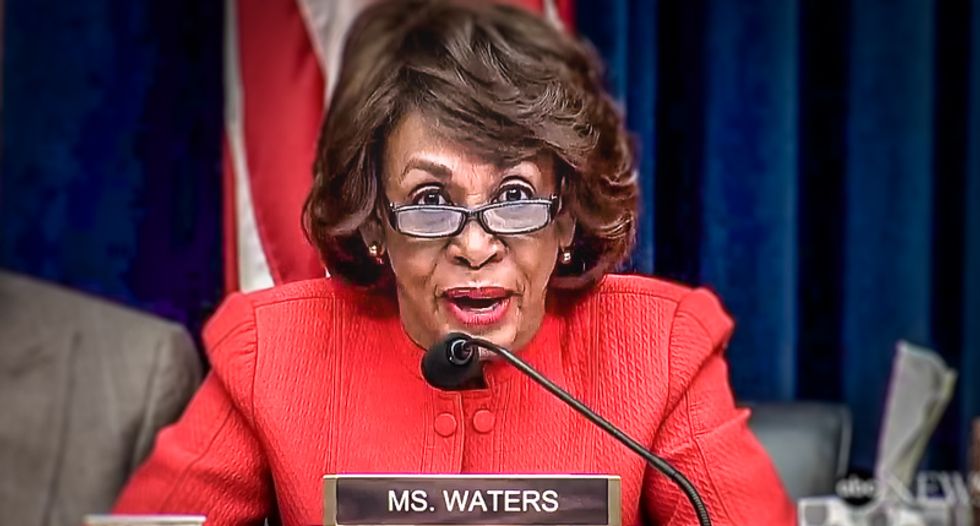 During Mnuchin's testimony before the Financial Stability Oversight Council on Tuesday, Waters noted that the Treasury Department had not met the deadline on Russian sanctions passed by a veto-proof majority after Russia was caught interfering in the 2016 U.S. elections.

For his part, Mnuchin claimed that "the sections you're referring to has been delegated to the State Department."

"Who is responsible for delegating what was passed by an overwhelming majority of this House to the State Department?" Waters asked.

"So the president decided that despite the fact that in the law that we passed, it delegated responsibility to Treasury, that he decided that he wanted it to be delegated to the State Department rather than Treasury," Waters said. "And this is your excuse for not having implemented the law, is that correct?"

"No, it's not my excuse," Mnuchin replied. "The president had the authority to delegate within that as he chose fit."

Mnuchin argued that an "enormous amount of work" had been done on by the Treasury on Russian sanctions.

"Would you describe the 'enormous amount of work' that has been done?" Waters pressed.

Mnuchin insisted that there was a classified document that proved the work had been done.

"I assure you that as it relates to the work being done in Treasury, there will be sanctions," Mnuchin stated. "We complied with the law on time."