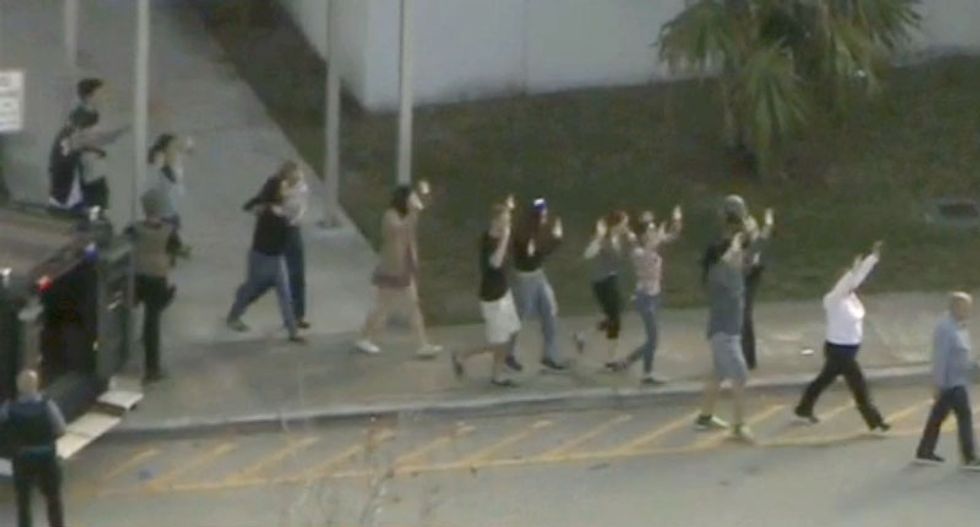 Republicans are ramping up attacks on survivors of the Parkland school massacre who have asked for new gun control laws.

[Updated: Aide Benjamin Kelly has been fired -- see tweet below]

Journalist Alex Leary of the Tampa Bay Times reports on Twitter that he received an e-mail from Benjamin Kelly, an aide to Shawn Harrison alleging that Emma Gonzalez and David Hogg were "actors that travel to various crisis when they happen."

An aide to state Rep. Shawn Harrison, using state email, sent me this: "Both kids in the picture are not students here but actors that travel to various crisis when they happen."

Seeking comment from the representative and whether he knew about this. https://t.co/XcOAPKcdGb
— Alex Leary (@Alex Leary) 1519163723.0

Leary asked Harrison for comment, and Harrison reportedly responded by saying that he's "seeking more information" from Kelly. "If my aide disparaged a student from Parkland who is grieving than I will deal most strongly with my aide. ... Clearly it was inappropriate for him to send that," Leary tweeted.

The students have been attacked by right wingers and reportedly by troll farms.

Alex Jones, who made waves by making the then shocking claim that school shootings were staged using child actors after Sandy Hook, has predictably joined the chorus.

Tonight Mr. Kelly was terminated from his position as my District Secretary. I am appalled at and strongly denounce… https://t.co/9Lzjhow2YI
— Shawn Harrison (@Shawn Harrison) 1519171747.0